Your Favorite Magazine Is The Same Price It Was 9 Years Ago
As People ups its price, we look at how much magazines have cost since 2005. 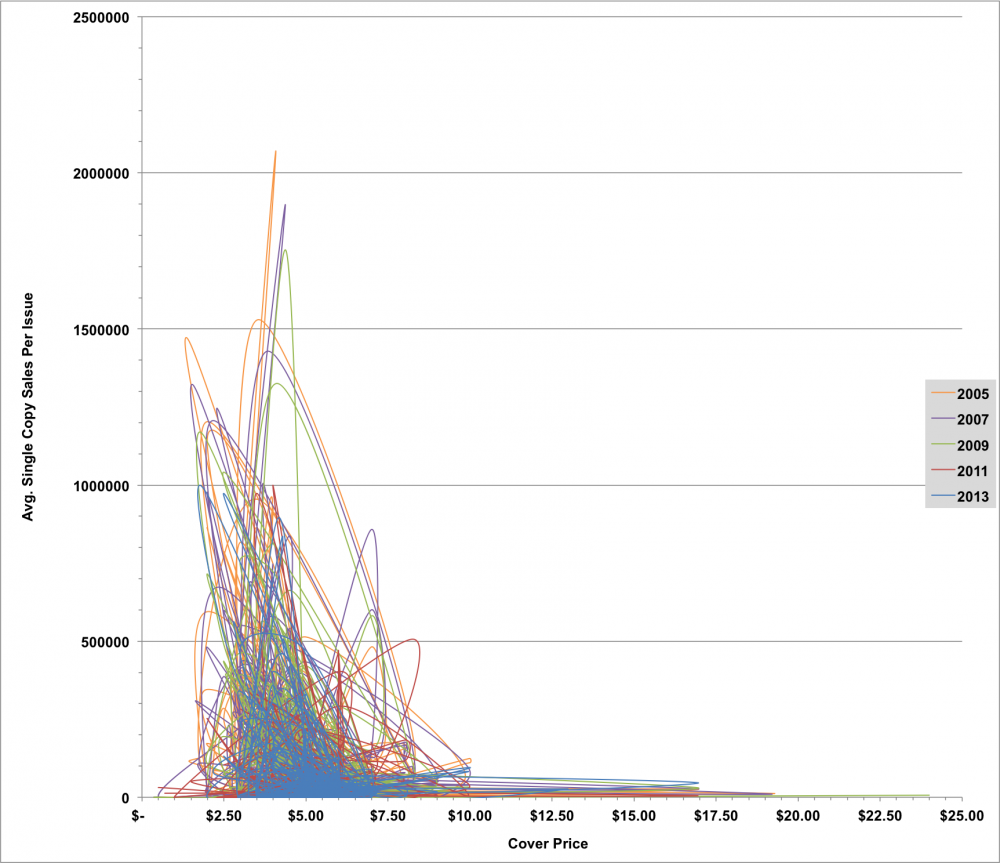 People is upping its cover price this week for the first time in six years, but the data shows the industry at large has been cautious in changing what they charge at the newsstand.

Price range has dwindled as well with many of the titles charging premium prices back in 2005 no longer in existence. Less than half of the most expensive magazines (those in the top 10 percent) from nine years ago are still around.

For People, which is going from $3.99 to $4.99 starting Friday, it now finds itself up against a major threshold. Whether it’s a psychological barrier or a real consumer breaking point, the $4.99 mark has proven to be a wall.

The biggest newsstand sales periods have all happened at or below that level. Only one title managed to sell more than 800,000 issues while charging $5.00 or more—at $6.99, Athalon Football sold 857,214 copies in 2007—and no one else has come close.

(Interestingly, the New York Post notes that Time Inc. tested a $5.99 price point for People before settling at $4.99.)

Price isn’t everything though. Staying firm at a lofty $16.95, Harvard Business Review doubled its newsstand sales in the last nine years.

See also: The Transforming Consumer Magazine Business Has Not Been Good to the Newsstand