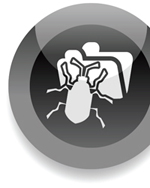 Open Source CMS PLatforms are certainly no exception to the occasional tech glitch. On one hand, publishers using open source solutions have access to a vibrant online community, which makes it easy to ask questions in a forum and receive help within a few business days. But for immediate open source gratification, it’s helpful to be armed with workarounds that solve platform gripes.

“If there’s a bug, we always fix it in the next release,” says WordPress founder Matt Mullenweg, “so it’s never around for more than a month or two. The most common issues aren’t ones that are bugs, but generally mistakes from users, typically when they’re trying to modify their template or CSS.”

NMP (National Mortgage Professional) Media Corp. relies on Drupal’s modules and executive vice president Andrew Berman has found that common glitches are “most likely to happen in the way you create your themes. Sometimes Web editors want the themes to be a certain way, and the implemented CSS won’t allow them to do this.” But for Berman’s site, which sees “a few thousand uniques per day,” his more recent dilemma posted in the Drupal forum is how to best optimize their database (to free up server space) due to a recent traffic increase.

Regardless of the glitch (or a mistake on the part of the user, as Mullenweg classifies the majority of these bugs), knowing what modules are available as well as the workaround options can’t hurt. While there are certainly a number of widely-used systems, Drupal expert Chris Free, director of Web development for Chicago-based firm Chromatic, which works on sites including The Great Political Debate, and Louis Landry, development coordinator at Joomla, offer ideas on how to get solve common open source complaints. While experts confirm that glitches within Drupal, Joomla and WordPress—and the majority of OS systems—are generally remedied in a few months’ time, here are some quick fixes for the time being:

Optimizing Servers. With Joomla, the most common problem publishers have is that their servers are not set up optimally, says Landry. As a result, there are problems installing extensions and “doing other things that require proper handling of file ownership,” he says. He recommends that servers have suPHP, fcgi, PHPSuExec, or an equivalent. More importantly, the Joomla Extensions Directory can modify the limitations in the current version of the platform.

Caching. “We constantly hear from our clients that things aren’t publishing out,” Free says of Drupal. “The trick is to empty the system cache for the actual CMS.”

Category and Structure. One limitation within Joomla is the section/category structure, says Landry. To work around this without using an extension is to rely on the menu system rather than on-the-fly navigation.

This means having one master menu and then structure all content using sub-menus and has the advantage of giving you detailed control over your URLs, which is probably the other most commonly discussed topic. To set up your site to take full advantage of menuing, Landry suggests mapping out plans for hierarchical navigation. Then create one master menu with sub-menus to reflect that.

In Joomla, presentation of menus is done via modules. Depending on how the site looks, publishers may want to make a separate module (a copy of the main module, but with slightly different parameters) for each sub-menu. Another approach is to use one module and control which levels are displayed. Experiment with start level, end level, and whether to display sub-menu items to get the display you want.

Browser Issues. Does your content publish correctly on Firefox but not Internet Explorer? There’s a reason. “That’s a bug in the Drupal system,” says Free. “Typically we tell people to use Firefox when managing content since it does the least amount of damage to markup (IE is a prime culprit).”

Formatting. For anyone knee deep in the OS world, formatting can be the bane of your existence. The trick, says Free, is not to copy and paste text directly from Microsoft Word, but do everything in a plain text editor and suggested online resources that can strip out these egregious markups. “It’s not foolproof, but is helpful,” he says of the available modules, which are like plug-ins. After finding and installing these modules, the editors create rich text and function as other word processors (albeit very basic) that write the corresponding HTML as you type.”

Permissions. A general complaint with regard to Drupal is “‘I’m trying to change a page on the site and my changes aren’t sticking,’” says Free.

Enable the “content permissions” helper module that comes packaged with the CCK as a first step. If it’s already enabled, check the field permissions for that user at “admin/user/permissions.” By default, only users with administer CCK privileges can edit/view each field, he adds.

Half the battle in troubleshooting common open source bugs is engaging in open dialog, as well as developing a broad understanding of the platform. While most users may have a love-hate relationship with their open source solution, one of the incentives to is the robust community—both online and in person. Here, some events and groups that offer face time with developers, colleagues and OS experts to gain solutions to CMS gripes: