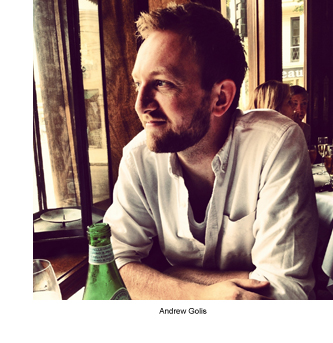 The Atlantic announced this week that it hired Andrew Golis as an "entrepreneur-in-residence." The title is actually a fancy placeholder for Golis who, over the course of the next year or so, will transition into a more traditional role at The Atlantic. Traditional in the sense that he’ll have a title more closely tied to his responsibilities, which for now will center on driving strategic initiatives for existing and new digital products.

When The Atlantic president M. Scott Havens got wind of Golis’ potential free-agency, he immediately hired him without an established open position. "When a guy like Andrew becomes available, even if there’s not an open job, it presents an opportunity that I feel like you have to take a risk and make a move," he says.

Golis, who until July 15 is digital media director and senior editor for PBS’s Frontline, has been overseeing the brand’s digital transition, including both content and audience development strategies.

Accordingly, Havens says that The Atlantic is quadrupling its investment on video production headcount and infrastructure—an area where Golis can be instrumental right off the bat.

And The Atlantic’s upcoming paid content product—set to launch in the next few weeks and which will feature a combination of original, curated and repackaged content loosely informed by The Atlantic Wire—will have input from Golis as well.

From there, Havens has ideas for new products serving ancillary markets that Golis will help identify and create business and launch plans for.

Philosophically, the hire boils down to an issue every publisher can relate to: How to make a 150-year-old brand more entrepreneurial.

"Our traditional business has been disrupted. We’re no longer a magazine, we’re a platform," says Havens. "We’re tasked with innovating at a much more rapid pace than in the past. We’re continually thinking about adding new skill sets, new products, and new organizational structures."

And the circumstances around Golis’ appointment could become a regular approach. "If I can pull it off budget-wise, I could see the entrepreneur-in-residence program becoming consistent," says Havens. "When Andrew ‘graduates’ from it, I’d like to find someone else for it."