Email, Search and Social: What’s Old and New in Content Distribution
Experts from Nat Geo, North Coast Media and TechTarget tell us how they're honing their engagement strategies. 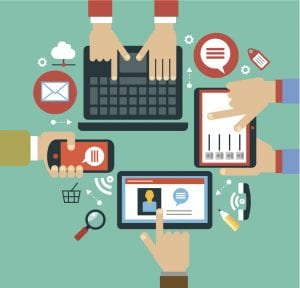 For decades, readers have turned to National Geographic for its photography, its insights on the natural world or its detailed reports of archaeological findings, but rarely is the magazine considered a destination for sports-related content. Therefore, the Super Bowl doesn’t exactly represent a natural traffic driver for the brand. That didn’t stop Nat Geo from seizing the most important sports day of the year as an amplification opportunity.

Working with the social news aggregator Reddit and its moderators, National Geographic provided content celebrating “Superb Owls.” Playing off the Super Bowl name, Nat Geo shared photos and articles detailing the many variations of the wondrous bird, including a three-minute “halftime show” video. It was a way to have a conversation “around the Super Bowl, in a distinctly Nat Geo way,” says Kate Coughlin, VP of audience development.

Publishers have long since shifted from the “if you write it, they will come,” model of promotion. In the digital era, instead of relying on their brand name, publishers are seeking out unique ways to get their content in front of new readers. Despite a plethora of tools and services that have popped up to help, the main tactics for amplification still sound familiar: SEO, social media and email. But that doesn’t mean audience engagement experts can just set-it and forget it. Instead, they’re constantly searching for the newest wrinkle to improve results and increase reach.

Nearly every publication has a set of topic tags or verticals that not only help contextualize articles, but set a frame of reference for the publication’s range of coverage—whether it’s business, beauty, technology or anything else. The same goes with search engines.

“Staying in your lane means developing authority not only with users, but also with Google,” says Jessica Levenson, VP of search and engagement at TechTarget.

There are a lot of tactics, though, that Levenson uses to ensure that Google knows it deserves top billing within the B2B technology lane. On-call to take questions from editors, a dedicated team conducts ad-hoc queries to identify the topics that Google needs within a given space. They evaluate what people are searching for and potential pockets where Google could serve more content. The conclusions, however, don’t always merit producing new articles.

Developing reviews and analysis on business technology, TechTarget has a tremendous amount of evergreen material. This provides the opportunity to re-amplify content, based on what has changed in the market and what SEO terms could use a boost. Whether it’s adding extra talking points to an old review, based on new features or new vendors that have entered the market, or reshaping the analysis into more of a listicle style, Levenson’s team looks for ways old articles can be updated to better reflect what readers want. This tactic, she says, has boosted traffic to certain pieces from 30 percent to as much as 300 percent. 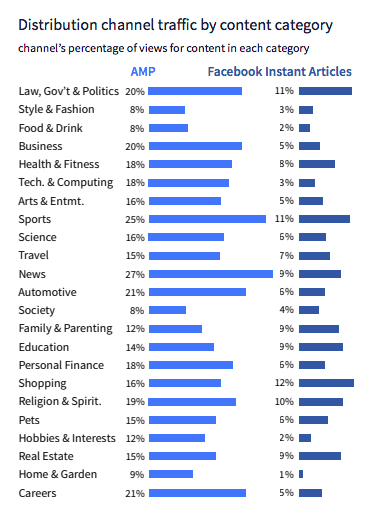 And SEO has moved beyond keyword optimization and into new areas, like distributed content. Where Levenson sees significant potential is in Google’s Accelerated Mobile Pages (AMP). It’s still a relatively new format, first appearing in 2016, which provides a template for publishers to more easily adapt their content for smartphones. For readers, it means faster loading and more mobile-friendly articles.

According to Parse.ly’s annual Authority Report, AMP pages drove 27 percent of traffic to news publishers between April and May of last year and Facebook Instant Articles, a similar product, drove an additional 9 percent—compared to just 5.2 percent from Twitter. Other categories, such as sports, politics and careers, showed similar results. Levenson says TechTarget will launch its AMP effort in a few months.

For North Coast Media, a B2B and custom publisher that focuses on a range of industries from golf to pest control, the social strategy is different for each individual title. “Success is highly dependent on the market you’re looking at,” says Bethany Chambers, director of audience engagement.

In order to reach the golf industry, Chambers finds that Twitter stands out, especially at live events where demos make for compelling content. Meanwhile, for Landscape Management readers, it’s Facebook where the industry connects, interacts and discusses solutions. Arriving at these conclusions requires trial and error, says Chambers.

The same testing process was how Nat Geo came to learn that Reddit would prove useful for their amplification tactics around the Super Bowl.

Over the past year, it posted various types of content, from science pieces to archeological stories, observing which topics and formats Reddit users found most compelling. It provided them with the knowledge that science pieces around animals—like the owl—would prove highly shareable on Reddit come Super Bowl time. 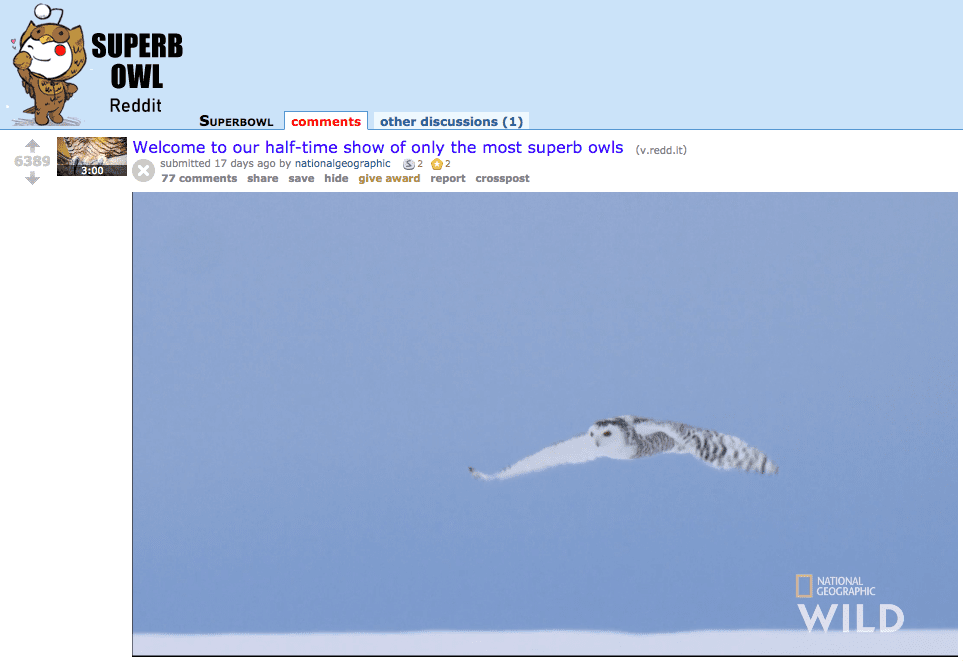 Nat Geo has conducted similar testing on YouTube, which has become one of its strongest social platforms. On Instagram, @NatGeo recently became the first non-celebrity account to reach 100 million followers, joining the likes of Selena Gomez, Ariana Grande and Kylie Jenner.

But not all platforms are a fit. “We’ve dipped in and out of [Pinterest] over the years,” says Coughlin. “We haven’t seen the return there beyond people pinning our photos.”

Sometimes social engagement doesn’t equate to clicks. But in a time when publishers are aiming to reduce their dependence on social platforms, engagement alone is often not enough.

Email moves beyond spray and pray

Email remains among the top drivers of direct traffic for many publishers. But the one-size-fits-all approach is going out of style. Each vertical of Nat Geo—animals, science or travel, to name a few—has a dedicated editor that’s responsible for a corresponding e-newsletter. It’s no longer an everyday correspondence. Instead, Nat Geo uses the newsletters when it can offer an “exclusive and unique content experience,” says Coughlin.

If that means only sending the newsletter once a week, that’s fine. The frequency will increase or decrease, depending on the success each vertical sees, instead of spamming readers just for the sake of sending out the email and hopefully driving clicks.

For editors at North Coast, this evolution has required them to become the face of the email exchange. Chambers says readers responded strongly to a person’s name sitting in their inbox, as opposed to missives from a brand.

If these types of personalization tactics work, they’re difficult for editors to ignore—even if it adds a little more responsibility to their already-full plates.