What the Hell Has Happened to Vanity Fair?
Column: A new editor is expected to bring changes, not try to fix things that aren't broken. 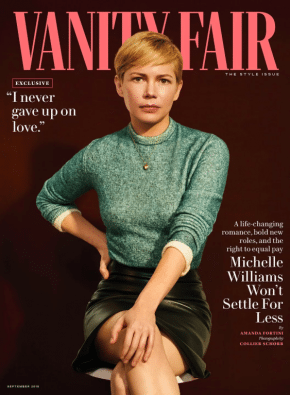 As dramas go, it is minor stuff. But in the itsy-bitsy, hothouse world of magazine glossies, the question everyone seems to be asking this summer is, “What the hell has happened to Vanity Fair?”

You remember Vanity Fair, no doubt. It was big not so long ago. The chatterati obsessed over it—its striking covers, its fabulous photo features, its stories (the revelations, the scandals, the crime deconstructions!), even its stylish advertising, which filled its shiny pages. And, of course, its larger-than-life editor, Graydon Carter, who announced his retirement at the end of last year after a quarter-century at the helm.

Now, half a year since Carter handed over the reins to his surprise-pick successor… silence. And not the kind of silence that issues from respect.

Well, that’s not entirely accurate. I do hear things, mainly because I’ve spent my life in the media. I listen for the whispers.

This is what media people are whispering: Vanity Fair is disappearing from the radar. In various forms and contexts, I hear the words “disaster,” “awful,” “irrelevant.”

Unfortunately for the magazine’s owner, Condé Nast, this is occurring at a most inauspicious moment. The publisher is confronting strong economic headwinds on several fronts, to the extent that it has begun the process of selling three of its books. For the time being, it’s said that VF is safe, but how long before some sort of radical change, or rescue, is deemed necessary?

(As if to kick sand in VF’s face, a newly emboldened and refinanced Rolling Stone—now a gorgeous monthly intent on more avidly chronicling social and political topics—has just come to market; one supposes it’s looking to scoop up readers, including disaffected VF loyalists. That’s gotta sting.)

The bottom line here is that what only months ago was, under Graydon Carter, a vibrant, decidedly show-offy magazine tapped into a certain sybaritic zeitgeist, now seems starved of the magic dust that had successfully powered it for decades.

There has been a palpable deceleration at VF, and it’s not clear if that’s what Condé Nast is seeking (hard to imagine), or if the newly installed editor, Radhika Jones, is expressing her vision of a VF that’s re-calibrated for these times.

In either case, it’s worrisome. If there’s no course correction in the near future, readers and advertisers are likely to bail.

Just last month, the astute media observer Tony Case, who blogs at tonyofallmedia.com, said of VF: “With one penny-pinching, jaw-droppingly shortsighted move, the publisher… seems intent on destroying it all.”

Of new EIC Radhika Jones, who was plucked from the New York Times’ books department, Case remarked that she “can’t carry a tune to save her life. The magazine under Radhika has no idea what it is, or what it wants to be.” And those were some of his more charitable comments. 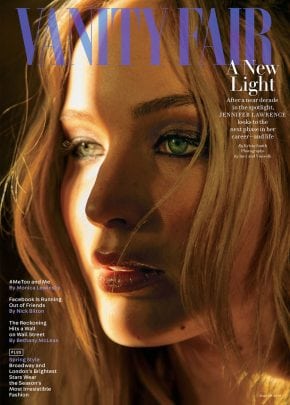 I’m going to be gentler than Case, probably because over the years I’ve been asked to fix or help revive a number of magazines and I know how challenging the job can be. Even more so if one is following a living legend.

But let’s be honest, Vanity Fair did not need to be fixed. You could argue that, post-Carter, an editor would want to quickly introduce some new, signature elements. (Tina Brown, who ran the book before it went to Carter, reportedly advised Jones to undertake its wholesale reinvention.) Some tweaking would have been understandable, even welcome. If an editor is not going to impose her own sensibility on a magazine, why take the job?

So, more than a handful of issues into the new editor’s management, let’s have a look at Jones’ VF, beginning with its critically important covers.

No way around it: They’ve all been shockingly dull—a tremendous departure from the past. Additionally, the choices have been surprising for how forgettable they’ve been. Jones’ first cover, back in March, featured a barely recognizable headshot of Jennifer Lawrence. Plus lots of almost-too-tiny-to-read type about the issue’s lineup. If the idea was to steer clear of Carter’s notion of a can’t-look-away, newsstand-centric cover, mission accomplished.

Somewhere, in a dark restaurant, Graydon Carter must be sipping a glass of red and wondering, “What the hell?”

His beloved magazine, cover to cover, was for a long time the Cirque du Soleil of monthlies. Today, it’s a lounge act. Vanity Fair is fairly good, which is an OK standard if you’re talking about a dishwashing machine. It’s not good enough to be one of Condé Nast’s premier titles. 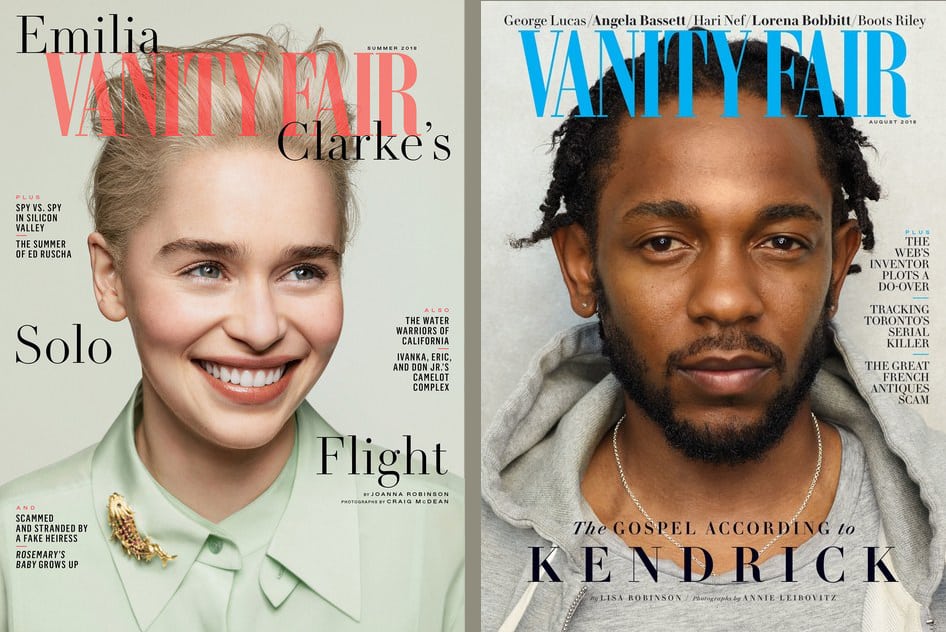 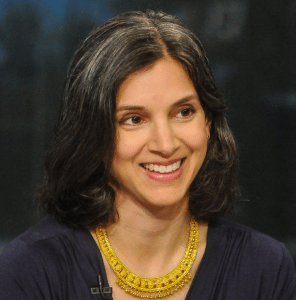 I wonder if part of the the blame might rest on the shoulders of David Remnick, the estimable editor of The New Yorker, also owned by Condé. Remnick, an amazing writer, is said to have lobbied hard for hiring Radhika Jones from the Times. Like David himself, Radhika is widely seen as a cerebral, intellectually gifted talent. However, before this assignment, she had never overseen an entire magazine of great complexity and with a strong visual component. And it shows.

Maybe the initial clue to VF-the-lesser was the downsized cover logo, which showed up with Jones’ first issue. It’s been reduced by about 10 percent. Twice, it has been translucent. It feels like a metaphor for the entire book: more modest at every level. Fewer of the famously flamboyant (meaning expensive) cover set-ups, less potent cover typography, less clever, self-referential coverlines. All as if to say, “OK, we’re definitely tapping the brakes at this point.”

Which might in fact be the simple, clear message staring us right in the face. Around the time of Jones’ hiring, Condé Nast announced that budgets were being slashed. Lots less money for writers, photographers, and even for the new EIC, fewer perks throughout the company, S. I. Newhouse had passed, and advertising was disappearing. Time for a change. 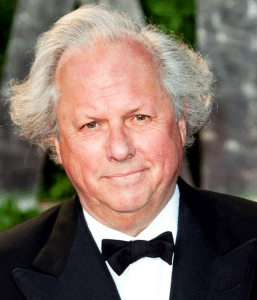 In this new era of tighter budgets, the discrepancy between the “old” VF and the “new” one was bound to show up in some form, although I don’t think it was foolish to remain optimistic about the transition. Graydon Carter (he with the huge salary and perks) signed off this year with an issue that, on its gatefold cover, featured Oprah Winfrey, Tom Hanks, Nicole Kidman, Reese Witherspoon, Harrison Ford and others. Sure, these may be tired, old-timers. But they are major-league stars with broad appeal. (Kendrick Lamar talks to a different generation. Which leads me to ask: Are Kendrick’s fans ever going to be VF readers?)

One has to ask, seriously, would Condé ever again approve the kind of photo and logistics budget demanded for Carter’s grand and final Hollywood cover? I’m guessing not. As for Jones’ choice of the Jennifer Lawrence cover image that came immediately after: shot in Malibu by an outside contractor.

So, some might argue that part of VF’s failure to ignite under the Jones administration is largely money-related. I don’t think that’s it. I think, rather, it’s the lack of a suitably compelling editorial POV. I’ve got to wonder why Anna Wintour and other higher-ups at Condé haven’t yet stepped in to either cushion the fall or stop it altogether.

(Too late to bring in Janice Min as editor? Probably, and Janice herself wrote to me some time ago to emphasize her happiness in Los Angeles. In any event, in view of the current economic climate, Condé isn’t going to write the kind of check needed for Min’s services.) 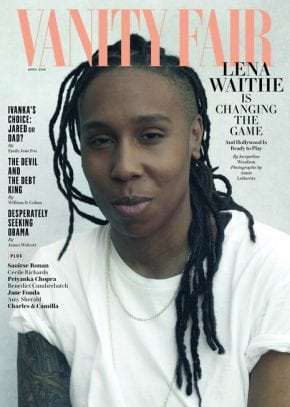 Given all this, you might ask, “Is Radhika Jones’ Vanity Fair doing anything right?” As a matter of fact, it is. The front of the book, especially the Vanities section, has been cleaned up and is much easier to navigate. The table of contents has been simplified, which is a help. Picture captions, which for years were mysteriously positioned and overwrought, have been rethought. All very real, if small, improvements.

Also, Jones, to her credit, has kept some of the same splendid writers who have been with the book forever. She has, of course, introduced some new ones as well. The story mix is perfectly sound: pieces about power, money, scoundrels, sex and crime.

But here comes the however: We’ve not yet seen any “holy shite, ya gotta be kidding me!” pieces—the kind of buzzy stories that helped propel the magazine to superstardom. Are they in the pipeline?

The September issue carries a highly quotable feature by Lisa Brennan-Jobs, Steve Jobs’ daughter, in which she colorfully expands on her cold relationship with Apple’s co-founder. There’s been lots of media pick-up. The caveat is that the piece is an excerpt from Brennan-Jobs’ book “Small Fry,” which drops next month, and is not a commissioned exclusive.

Is VF failing under Radhika Jones? No. It would be wrong to say that. It remains a fine magazine by conventional standards. It is, though, different these days and, I think it’s fair to say, less exciting. Ideally, every issue of VF should be electrifying, a guilty pleasure of manifold delights. That’s been the magazine’s defining DNA for decades.

I’m hopeful that, one way or another, Condé Nast—our greatest publisher of top-flight glossies—manages to restore the magazine to its preeminent position within the culture. That would be a good thing. America is dragging and the mood is dark as we move toward summer’s end, 2018. We could use a truly vibrant Vanity Fair again for a monthly pick-me-up. There’s still time.