Vox Media Announces Layoffs for 6% of Its Staff
CEO, Jim Bankoff, informed his staff the cuts are a direct impact from COVID-19. 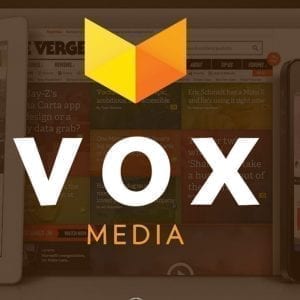 Vox Media has confirmed what CNBC reported earlier this week, that it is indeed about to undergo a round of layoffs that will eliminate 72 positions, which accounts for 6% of its total staff of 1,200.

In a letter to staff, CEO Jim Bankoff, broke the difficult news to his employees candidly, opening with:  “With deep sadness, and as a consequence of the pandemic and its devastating impact on the economy, I am writing to let you know that today we will be informing some of our colleagues that they will no longer have jobs at Vox Media.”

According to CNBC, Vox has struggled to generate enough revenue due to the economic downturn that has been caused by the COVID-19 pandemic. At current pace, it is expected to miss its full-year revenue goal by 25%.

The publisher, who’s portfolio includes Vox.com, New York Magazine, The Cut, The Verge, Recode, SB Nation, Eater and Polygon and others, was considered a digital publishing role model by many media pundits for its ability to launch new brands and make smart acquisitions that fit into its core business model. But as we’ve seen recently with companies like Atlantic Media and Quartz, two organizations that were also celebrated for their innovative business models, nobody is immune to the current market conditions.

According to Bankoff, the coming cuts will be a majority of staffers who were furloughed in May, but some who stayed on through the pandemic will also be laid off. No specifics as of yet to which departments will be impacted. However, Bankoff does say the company will restore salaries that it had cut in May when it also implemented furloughs. This, however, was something the Writer’s Guild labor union was willing to forego if it meant being able to protect the jobs of its 350 members who are employed by Vox Media.

While we appreciate Vox Media talking to us in good faith, we don’t agree with the company’s decision to furlough employees — especially after hundreds of us told the company we were willing to take wider pay cuts to save all jobs.

Here his staff memo in full: 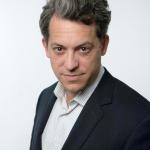 With deep sadness, and as a consequence of the pandemic and its devastating impact on the economy, I am writing to let you know that today we will be informing some of our colleagues that they will no longer have jobs at Vox Media.

It goes without saying by now that COVID-19 has had an impact that no one could have anticipated. Obviously, first and foremost we recognize the tragedy and scale of the public health crisis. In the resulting economic downturn across media and other industries, companies are reorienting their operations to reduce expenses and conserve cash while remaining nimble in an enormously unpredictable environment. While our work and efforts have never been stronger or more relevant, Vox Media is not exempt from the pain caused by the wake of the pandemic. Like others, we have had to make difficult decisions to position our business for long term growth, success, and financial sustainability.  While doing so, we are making every reasonable attempt to save as many jobs as possible and prioritize the health, safety and welfare of those who will be leaving as well as those who will be staying with our company.

We will be laying off 6% of our employees. These layoffs include furloughed colleagues as well as other employees who were not on furlough. The roles affected have experienced substantial changes in workload or business priority; in some cases they are in areas undergoing a strategic shift accelerated by the crisis and its hastened changes to our industry. The majority of those impacted today were furloughed in May. We have already or will bring back close to 30% of furloughed employees who did not take buyouts.

Our hope in May was that business would bounce back in the months that followed. As we discussed in last week’s all-hands, it’s becoming increasingly clear that the second half of the year will not rebound anywhere near our pre-COVID forecasts. Furthermore, as cases rise tragically across the country and many of our elected leaders avoid decisive action, we have very limited visibility into the timing or strength of a recovery.

As we have said since the onset of the crisis and hopefully demonstrated to you from our actions over the past five months, our priority in this pandemic has been the well-being of our team. Accordingly, those employees impacted will receive health insurance and severance packages that recognize the unprecedented circumstances of the crisis.

I also hope it’s clear that we are a company that does not take these actions lightly. Neither the furloughs nor today’s actions were contemplated prior to this pandemic. In fact, as I have mentioned previously, when we merged with New York Media last year we did everything we could to avoid layoffs – and, as a result, we were the only recent media merger to keep its teams intact.

We expect, based on our current outlook, that the difficult actions that we are taking today will be sufficient to weather this downturn and uncertainty, without need for significant additional measures. While still being mindful of costs, where necessary and possible, we will be reinvesting in our business and our people in ways that are critical to building the leading modern media company during this time:

To those who are impacted, thank you for everything that you have created, built, supported, produced, sold, and the countless other contributions you have made to our work at Vox Media. The decisions made today are not a reflection of your work or success, but of a devastating pandemic that transformed the economy and businesses around the world. The rest of us who are not impacted today will also be deeply affected by the departure of our colleagues.

I know that it’s an especially difficult time as everyone also deals with the layered stresses of health, safety, parenting, solitude, burnout and overall uncertainty.  I want to remind you of the various mental health benefits that we have detailed in previous communications. In the face of many challenges, we continue to do our best work, serving our audiences and customers remotely, while treating one another with empathy and compassion. I couldn’t be more grateful or proud. It is your spirit and dedication to your work and to one another that gives me full confidence that Vox Media is uniquely positioned for renewed growth, continued industry leadership and success in a post-pandemic economy.

Executives, senior leaders, and People & Culture business partners will be reaching out to people today to discuss their employment status and I will host an all-hands meeting for all employees who want to attend later this afternoon.