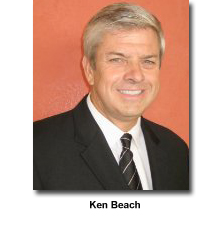 VentureBeat, the six-year-old online tech publisher, has taken two big steps to scale up its ad sales business. Ken Beach has been hired as its first chief revenue officer and will lead the site’s direct sales and sponsorship efforts. This signals a move away from Federated Media, which had been running VentureBeat’s sales operation to this point.

Beach, along with two other recent hires—vice president of sales Stacy Cohen and east cost sales director Angie Waters—will take over endemic advertising sales for the site, its events and custom content programs. The contract between VentureBeat and Federated Media will be modified to focus on non-endemic ad sales.

Like other publishers before it—TechCrunch and Mashable, for example, which left Federated Media in 2009 and 2011, respectively—VentureBeat has grown to a size that allows it to assume control of its own sales operation.

The site attracts about 3.9 million unique visitors per month, according to comScore numbers, and has seen 100 percent growth in traffic and 50 percent growth in revenue the last two years in a row. The site is profitable, says CEO Matt Marshall, and not quite at $10 million in revenues, but he expects to hit that mark or go over it in the next couple years. 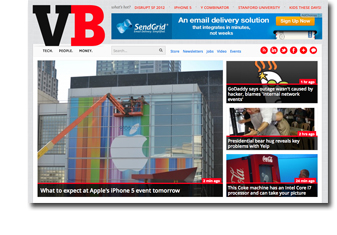 As sites like VentureBeat grown in traffic and revenue, their ability to bring sales in-house grows along with that—and this becomes ever more prominent when Federated Media and companies like it take a 40 to 50 percent cut in ad revenue.

"This year we’re entering the big leagues," says Marshall. "A publication with about 10 million page views a month is large enough to host just about any campaign."

Marshall is diplomatic in his assessment of Federated’s role going forward. "This transition is not  slap in the face of Federated Media, but a natural evolution. We still have a relationship with them, but we have reordered the contract so we’re now selling ads directly to our endemic advertisers."

Beach was most recently vice president of sales at Tecca and before that vice president of sales at CBS Interactive. "The good news is we’re growing and we’re using our own team for the endemic side," he says. "My job is to drive that growth by reaching out to to the contacts that I have and growing and training our sales staff so we have a top-notch, world-class sales organization."