Turning Editorial Franchises into Brand Builders and Moneymakers
Five magazines on how they drive year-round value from annual rankings. 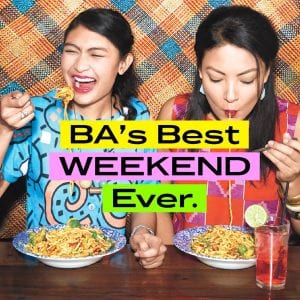 Bon Appétit’s “Hot 10″ list of the best new restaurants in the country began as a typical magazine feature when it made its debut in BA‘s September restaurants issue in 2009. The following year, the magazine threw a party to honor and celebrate the restaurants, inviting them to New York to cook for an audience of editors and other VIPs.

Every year that followed, the event expanded to include a wider audience, mostly comprised of Condé Nast editors, sales and marketing clients and other friends of the brand. In 2015, the magazine decided to sell 100 tickets to the event. They sold out within minutes.

“We realized that we might have something there,” says Bree McKenney, head of marketing for Condé Nast’s lifestyle division. “So the following year we pivoted the event from being exclusively for insiders to consumer facing. We knew that the experiential strategy would be a great way for our audience to touch and feel and taste what they love about the brand.”

Ticket sales have since grown tenfold for what is now a weekend-long event, featuring sit-down meals and cooking classes with the hosts featured in Bon Appétit‘s popular videos and passes to Saturday night’s “Hot 10 Party” ranging from $199 to $499. Bon Appétit expects more than 3,000 people to attend four days of eating, drinking, cooking this October in what’s evolved into “BA’s Best Weekend Ever.” 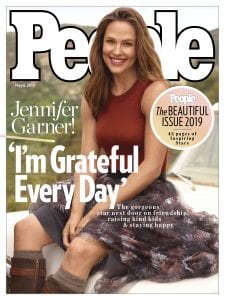 At a time when any site can throw together a listicle and hope that it goes viral, legacy print publishers are proving that their lists can cut through the clutter to deliver higher value to both their audiences and their advertisers.

“They’re hugely important,” says Dan Wakeford, editor-in-chief of People, which produces about a dozen such franchises throughout the year, including the annual “Most Beautiful People” and “Women Changing the World” lists. “They help build the brand in the way any editor-in-chief today wants to: By engaging readers, bringing in revenue, creating buzz, and keeping a brand relevant.”

These franchises—other notable examples of which include the Inc. 5000 or Forbes’ list of known billionaires—are tentpole events that readers and advertisers look forward to all year. Not only are they bigger-than-usual draws on the newsstand and online, they attract bigger ad buys. Today, the most successful of these franchises incorporate multi-platform integrations, from videos, newsletters and podcasts to high-profile in-person events, which serve as an added revenue stream while strengthening the magazine’s brand itself.

“Advertisers like franchises because they give them an opportunity to tie in beyond the pages of the magazine, and that’s a nice appeal,” says Karen Finelli, SVP Digital and Magazine Investment at media agency Zenith. “It fosters a little bit of a deeper engagement with your brand and allows the brand to elevate itself by aligning with a key, iconic, historically respected and well received platform.” 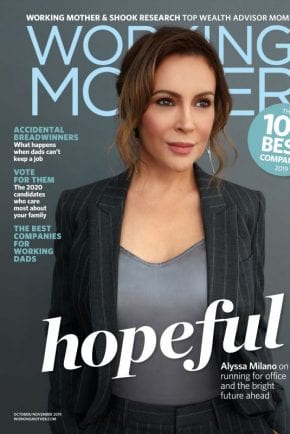 One reason that the more effective of these editorial franchises continue to draw in higher quality audiences and advertisers is the research and legwork that goes into their creation, which the editors and other executives involved say requires a year-round effort.

“The ‘Time 100’ list is picked entirely by Time editors, and it’s an extremely rigorous process,” says Time executive editor Dan Macsai, who serves as the 100 franchise’s editorial director. “We start a year in advance. We solicit nominations from writers and editors, from former Time 100s and current Time 100s. There’s a lot of debate and research about who we are recognizing. It’s a big responsibility to put someone on that list, and we don’t take it lightly.”

At Bonnier Corp.’s Working Mother, the team analyzes hundreds of data points contributed by companies hoping to be on their annual lists of “100 Best Companies,” “Best Law Firms” and “Best Companies for Multicultural Women.” It’s a heavy lift, but there’s a huge payoff in terms of both the unbiased reputation of the lists themselves as well as the long-term revenue generation for the brand, whose “Best Companies” franchise dates back 34 years.

“It’s not only advertising in the franchises, but it’s also additive in terms of the after-business that comes out of it,” says Working Mother Media president Subha Barry. “That can be in the way of our conferences, where they sponsor or buy tickets to attend, or in consulting work that they come to us for.”

At the same time, editors are working with marketers, event planners and others on creative extensions for the franchises, and planning the media strategy behind the reveal. Depending on the franchise, that may mean national television spots and a huge social media push. Often the people, companies or places featured on the list will give an organic boost to that push, sharing it on their own channels or social networks.

“Once a year, every April, we get to make news, not just cover it,” says Macsai. “Come the list reveal, everyone is looking at Time, and they want to know who we put on the list, and what the inclusion of each person says about the state of the world.”

When Bon Appétit reveals its Hot 10 list every year, the site gets up to six times more traffic than usual, and Instagram engagement is twice as high. People’s franchises consistently rate among the brand’s best-performing features.

At Fortune, the engagement continues throughout the year, around multiple franchises, including its rankings of “Most Powerful Women,” “World’s Most Admired Companies,” and “Best Companies to Work For.” The flagship “Fortune 500” consistently ranks among the site’s top-performing content every week throughout the year, and even months after the list reveal sections or stories tied it continue to perform, says chief marketing officer Michael Joseloff.

“In print, we can publish the list, include some basic facts and stats and do some deep-dive stories on the most interesting companies on it,” Joseloff says. “But online, we have the ability to go into more dimension on what’s happening at a company. We can do additional interviews with the CEOs, deep suites of videos, and we have the ability to focus much more on the data.”

Fortune has even created a daily podcast that offers a new story every day about a Fortune 500 company. Each of those components, of course, is also an opportunity for advertisers.

“Franchises are an opportunity to diversify our advertising base,” Joseloff says. “It gives each of the companies on the list the opportunity to celebrate the fact that they’re on it.” 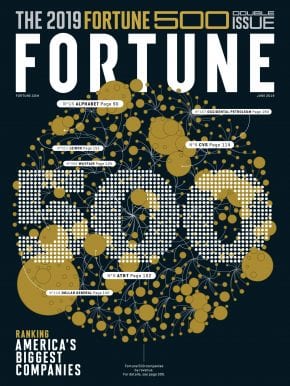 That can be as straightforward as purchasing an advertorial to more in-depth advertising partnerships. Last year, Hilton used the Fortune 500 as a platform to celebrate the hotel chain’s 100th anniversary, with a print and online campaign celebrating 100 ways they’ve transformed their business, as well as a print campaign celebrating their employees and tied to the “Best Companies to Work For” list.

Time has experienced similar success around the Time 100. Last year, it collaborated with WeWork to bring Time 100 alumni to one of its workspaces for in-person interviews hosted by a Time editor.

It’s also extending the list into events. Following its first successful “Time 100” Summit this past April, the magazine has plans for two more summits this Fall. A health summit, scheduled for October, includes Al Gore, Selma Blair and 23andMe founder Anne Wojcicki. Confirmed sponsors include the Alzheimer’s Association and the Rockefeller Foundation.

For brands with less weighty franchises, there’s still plenty of opportunity for partnerships. In conjunction with “Sexiest Men Alive,” People has partnered with Tinder to showcase 50 of the “Sexiest Men of Tinder” across America and worked with M&M’s candy to name its “Yellow” character the “Sexiest M Alive.”

Live events are a win-win for both advertisers and magazines, says Aileen Gallagher, an associate professor of magazine journalism at Syracuse University.

“They end up being really big revenue generators for the magazines, which is why they’re so popular,” Gallagher says. “People pay a lot of money to attend these events and get close to the people who are featured in the magazine. In terms of advertisers, they know that they’re reaching a devoted audience. If you’re spending money to go to a live event, then you deeply care about it. The advertisers are happy to be associated with that.”

“We have found ways that events can reinforce the power of the print product. We’re re-introducing a younger demographic to the magazine,” she says. “People who don’t have magazines as part of their normal media consumption are starting to subscribe to the magazine.”

Magazines looking to launch a new franchise or take an existing one to the next level should start by thinking about the areas in which they have authority and in which there’s little existing content or competition.

“It has to start with what’s right for your brand,” Wakeford says. “Then look at the three factors that play into making it a success. Do the readers really want it? Is it appealing to advertisers? Will it create buzz?”