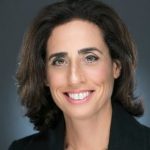 As CLO—which CEO and editor-in-chief Edward Felsenthal identified in a statement as a top priority position to fill since the magazine left Meredith—Rosen will use her years of expertise to oversee all legal matters across the company, as well as manage the brand’s relationships with outside counsel around the world.

Rosen joins the magazine from ALM, where she served as the company’s general counsel for the past five years. For over half her career, Rosen held a general counsel at a media company, including eight years with Wenner Media. She is also the co-leader of WGCN, the National Women’s General Counsel Network. 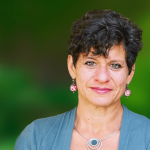 Rudoren fills the vacancy that was created when 28% of the magazine’s staff was laid off earlier this year as a result of the print edition shuttering after 121 years. Included in those layoffs was longtime editor-in-chief Jane Eisner, who held her role since 2008. 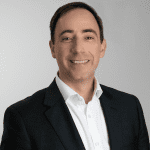 ALM hired Jon DiGiambattista as president of information services this week. He joins from Medidata Solutions, where he served as the head of data and analytics and led the strategy for the commercialization of next-generation data products and capabilities for the Life Sciences industry.

In his new role, DiGiambattista will focus on growing ALM’s content and intelligence offerings. Prior to Medidata, he served as the head of global markets for data analytics company Opera Solutions, and as the managing director, risk and performance analytics with financial information services company Fitch Solutions. 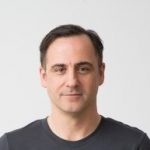 Previously, Young served as the head of digital experience platform for Thomson Reuters, and before that, he was the head of risk development. Prior to joining the company in 2017, he was the CTO for Paycase and Architelos.

As part of Bustle Digital Group’s acquisition of technology media brand Inverse that took place earlier this week, the site’s founder Dave Nemetz will join BDG as its new EVP of Inverse. Nemetz will join president Josh Topolsky, former owner of The Outline that was sold to BDG in March, to lead the company’s growing portfolio of brands, including future projects in the technology space.

Los Angeleno, a new media site covering Los Angeles culture, recruited the former publisher of LA Weekly, Mat Cooperstein to join its staff. Cooperstein had been the publisher of LA Weekly for two years before it was sold in 2017, but started with the company in 2006 as its advertising director. Since then, he founded digital marketing agency Light Up Marketing and served as the director of business development for Flux Branding. 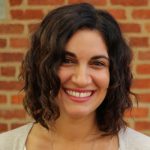 Executive editor Danielle Sacks is leaving her role at Inc. magazine to fill the same position at Medium, where she is planning on launching a business journalism publication. Sacks spent the last four years with Inc., starting as a senior editor, and prior to that, she spent nearly 12 years with Fast Company in various editorial roles.

Bloomberg tapped William Turton for its technology team to cover major hacks and cybersecurity developments.Turton most recently served as a reporter for “Vice News Tonight” on HBO, and prior to that, he covered technology, gaming and cyberattacks for the Daily Dot, Gizmodo and The Outline. He begins his new role on July 29.

Joe Holder, a health and wellness consultant and celebrity trainer, is joining GQ as a fitness contributor, creating content across all of the brand’s platforms, including print, digital and social media.

Forbes announced a series of several promotions and hires this week: