Time Out New York Goes on the Block
Investors looking for $40 million buyout; Chicago edition for sale, too. 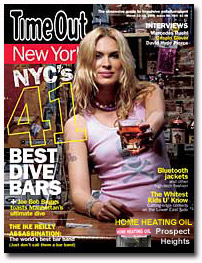 The New York edition of Time Out is officially on the block, the company has confirmed. The asking price is approximately $40 million.

“It isn’t so much that we want or need to sell Time Out as we want to find a replacement for our existing investors,” president Alison Tocci wrote in an e-mail to FOLIO:. “And that may or may not involve a full sale, depending on what a potential buyer or investor is willing to spend.”

The weekly magazine is owned by a group of investors including billionaire William Louis-Dreyfus, the Clark family estate (which once owned the Singer sewing machine company) and Tony Elliott, who founded the London edition of Time Out in 1968.

Also for sale is TONY’s stake in Time Out Chicago, which is owned by the New York investors and Mansueto Ventures founder Joe Mansueto, who owns 50 percent.

“Our New York investors have been in for 13 years which is a good long run,” Tocci wrote. “One of them in particular is in his 70s and is looking to divest. We’ve known his feelings for some time and I don’t think it’s a secret that we’ve been looking for investment to resolve that.”

While the magazine has taken a hit in print advertising revenues this year, the company has not announced any layoffs, Tocci said. Through the first nine months, TONY’s ad pages fell 6.7 percent, according to Publishers Information Bureau figures.

The auction is being handled by media investment bankers DeSilva + Phillips, according to a report in the Times of London.