Time Inc. Ups the Digital Video Ante at NewFronts
As spinoff nears, the company pledges a bullish commitment to video. 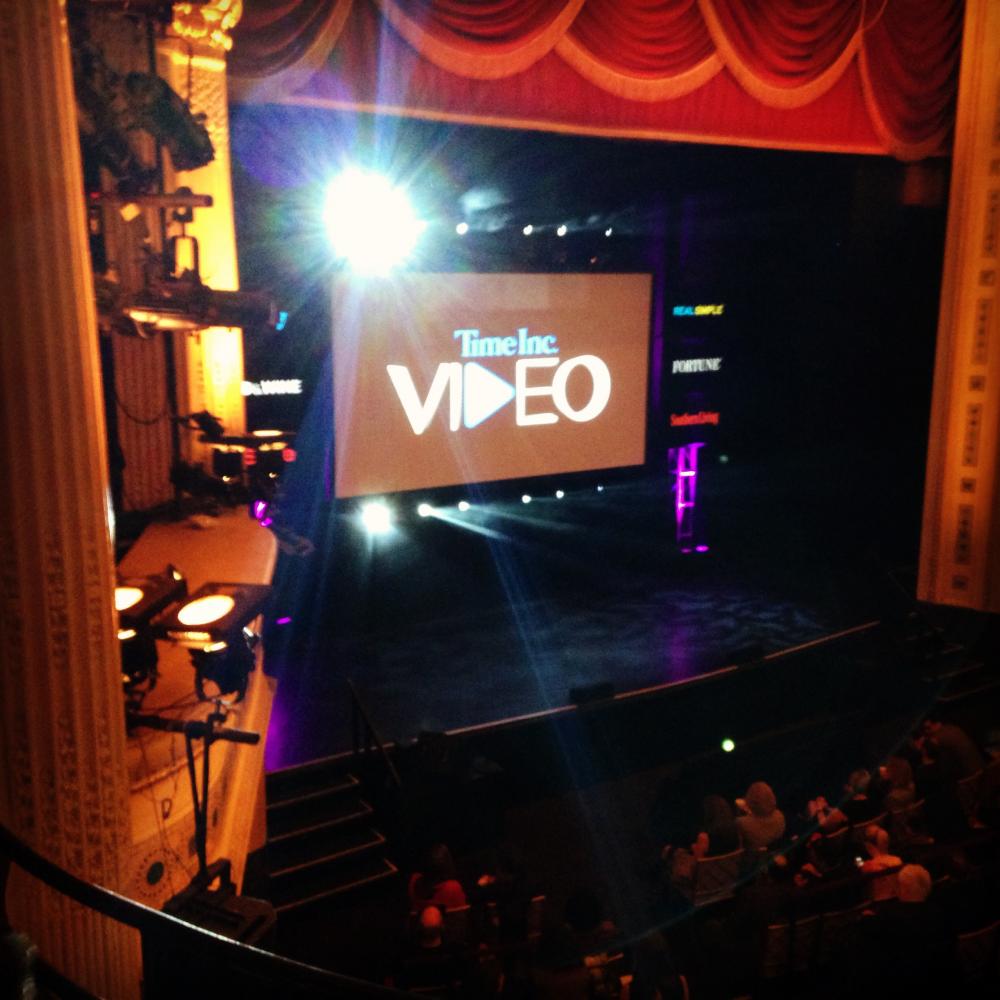 New York
–Video has been the topic of choice this week at NewFronts. Actually, it’s pretty much been the only topic, as companies like AOL and Condé Nast introduced big initiatives centered on video. Today, Time Inc. threw its chips into the pot and revealed it will also be betting on video to drive digital revenue in 2014 and beyond.

Last year, the company grew its video production unit by more than 50 percent, and this year it plans to grow that piece of the business even more. In addition to its existing portfolio of branded digital video content, which includes 50 original programs, Time Inc. will roll out several new projects, including daily video series. JR McCabe, senior vice president of video, implies the company is just getting started and is focused on its "deepest commitment to video ever."

The objective, according to Mark Ford, executive vice president of advertising, is to leverage great technology that will enable its partners to easily buy across platforms and screens.

"Being innovative is something that’s core to what Time Inc. is about," Ford Says. "We’re about to spinoff; we’re about to go public; we’re excited about that. That’s going to unlock the entrepreneurial vision."

Ford clarifies that vision and the purpose of its NewFronts gathering at the Hudson Theater, "We’re making a transition," he says. We’re a content company and we bring great programming; we know how to do it. We have access to unbelievable people; people that trust us and want to talk to Time Inc. brands. We deliver that through every channel, every screen–wherever you want it and whenever you want it."

It’s difficult to argue with that statement when you consider Time Inc.’s digital reach. Rolled up, its brands attract 88 million monthly unique visitors. Not to mention its social channels have a combined audience of over 85 million. Also, the company purports that its audience spends an average of 22.7 minutes per month with its brands, an increase of 39 percent over the previous year.

Scale certainly isn’t a problem for Time Inc., and its video distribution strategy will have a reach that is tough to match. Thanks to syndication partnerships with a long list of platform providers, including some like Defy, Roku and Dailymotion, Time Inc. branded video content will stretch across every connected device.

Additionally, Time Inc. is partnering with comScore VCE and Nielsen in order to deliver comprehensive video engagement metrics for its ad partners.

The company didn’t talk about how its distribution strategy and how video content will impact future CPMs, but instead introduced the audience to some of its newest programs. Perhaps its biggest reveal was The Daily Cut, an all-video platform that curates content from every Time Inc. brand (very similar to Condé Nast’s The Scene). Sports, news, fashion food and lifestyle will be among the daily offerings. Think of it more like an on-demand video portal that aggregates cross-brand topics.

Jess Cagle, editorial director of People and Entertainment Weekly, took the stage to set up a series of sizzle reels in an effort to get prospective advertisers excited about what’s in store.

Time Inc.’s commitment to video comes as no surprise given how NewFronts has unfolded this week (not to mention the explosive growth trend in digital video content). However, what the company pitched today indicates that its digital video is more than an ancillary product–it could very well become its primary asset as it repositions itself for the spinoff.