The Time Inc./Condé Supergroup Conundrum
How many platforms and formats will consumers play with? 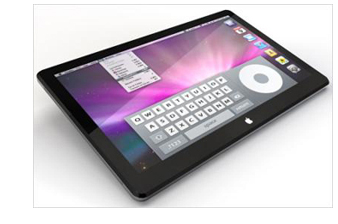 These latest rumblings about a publisher supergroup led by Time Inc. joining together in a dramatic effort to head Apple and Amazon off at digital distribution pass is significant news. You’ve got the country’s biggest publishers—Time Inc., Hearst, Condé Nast, possibly Meredith—in a bid for solidarity to fulfill this statement copped from a leaked PowerPoint: "Whoever defines the interface wins."

That’s a reference to a digital storefront that the consortium is to build, whether through a possible expansion of Time Inc.’s Maghound subscription site, which already offers subscription bundles from many of these same publishers and then some (yes, a la Netflix), or through a separate company created from a joint investment.

iTunes and Hulu business models are reportedly in the works, or at least are generating comparisons to what unnamed sources think is in the works. One makes money off of small, per-item payments, the other makes advertising revenue, which, apparently, is too old-school when we’re talking about paid digital content.

So far, no one can hazard a guess at how the joint venture content will be formatted that’s any different from what you get on a Web site, on an iPhone or in a digital edition. There’s been some mention of personalization, but there is major balking at exactly how the consortium will get its content to be universally ported to devices that have proprietary formats.

And let’s not forget that so far, Apple’s iPhone/Touch tablet is still a rumor, albeit a strong one, and so is its $700-$900 price tag, which is an awful pricey device for reading magazines on.

Presumably (hopefully), Time Inc.’s John Squires and his colleagues have been busy working out the details on content formats, particularly if customers will be allowed to view on the variety of devices out there.

One industry executive I spoke with says this is no easy task. The joint venture is reportedly targeting HP and the Apple tablets for their hardware distribution. But what about the installed base of Kindle and eReaders? Who’s going to purchase another device any time soon to read magazine content on?

Also difficult is asking consumers to mix and match and otherwise "personalize" their content—unless Time Inc.’s Mine magazine experiment has revealed something we don’t know yet. Imagine the process a customer will have to go through to search and compile content from dozens of magazines? Maybe that’s as fun as crafting a mix in iTunes, but songs have longer staying power than most magazine articles.

"We see things a little differently," said the executive I spoke with. "We believe that consumers will sign up for your magazine, but there’s no way to know what device they’ll be on the day you publish your issue. That’s the publisher’s problem—not the consumers problem."

Rather, he said, publishers should be thinking about seamless access regardless of device. "It’s an important difference between solutions that require active ‘management’ and solutions that find the consumer," he said.

I’m all for reaching the customer when and where they are, but is it possible to over-saturate a market with access points, especially ones that require effort to manage?