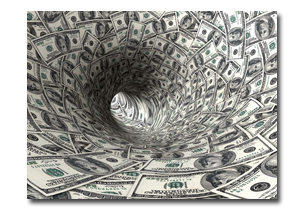 After reading the story of how Advantage Business Media got scammed by a telemarketing firm on its qualification efforts, here are some observations:

• BPA was right two years ago to require that calls be recorded. It stands to reason that these violations would never have been discovered had the calls not been a required part of the audit record.

• BPA proved its value here, for sure. The audit bureau, faced with a perceived decline in importance as print magazines become less important in the media-company revenue mix, showed why pristine third-party verification still matters. The press release wasn’t completely clear, but somewhere between 6,000 and 24,000 subscriptions of five Advantage magazines were disqualified. That’s a significant number.

• I’m not sure how Advantage could have missed such a systemic failure except that it doesn’t have enough people paying attention. And that’s one byproduct of the waves of downsizing in the magazine industry in the last few years. The circulation profession has been particularly hard hit, as publishers take one of three approaches: They lay off their circulation departments, or at least downsize them dramatically, and outsource a bare bones operation; they focus their audience development efforts on database development and online audience acquisition, and hire people skilled in those areas; or they task their traditional circulation departments with handling their “legacy” tasks along with those new functions.

The third approach has been tried in several high-profile cases. But for the most part, that approach has not succeeded or taken hold widely. The sum of $500,000 in additional spending to requalify the falsified calls seems like an awful lot of money.

It’s scary. It’s not an amount that companies have sitting around. In fact, it might break some smaller companies.

I predict that the publicity surrounding that unforeseen requal expense will cause yet more companies to question how much they need an audit. Don’t get me wrong: I believe strongly in the value of the audit bureaus. But given the tenor of the times, you can’t expect executives not to note the extremely high costs here.