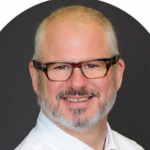 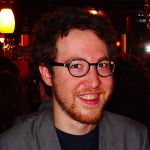 Following the appointment of Chris Lehmann to full-time editor of The New Republic last week, the brand is continuing its editorial expansion with the hires of Gregg Levine and Alex Pareene as senior editor and staff writer, respectively, and Walter Shapiro as a part-time staff writer.

Levine is returning to The New Republic after a four-month absence, and had also previously served as a senior editor. Prior to that, he served as a news editor for Al Jazeera America digital and has over a decade of experience as an investigative journalist covering U.S. politics, energy, the environment and infrastructure. 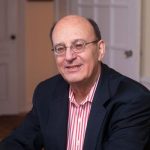 Former editor-in-chief of Gawker, Pareene will continue to write about politics and media, something he’s been covering since 2005 for various publications like the Columbia Journalism Review, Salon, The Washington Post’s Outlook section and The Baffler.

Shapiro, who will focus on covering the 2020 election on a part-time basis, has been a regular contributor to the magazine since 1980, and in this role, he will also handle the ideological and policy debate analyses as well as contributing profiles of major figures. In addition to this, Shapiro will continue his weekly column for Roll Call.

“Walter, Gregg, and Alex are tremendous additions to our magazine,” said owner, chairman and editor-in-chief Win McCormack in a statement. “They bring the dogged reporting backgrounds and journalistic clout we pride ourselves on, and we’re looking forward to the expanded breadth of coverage their experiences will provide.” 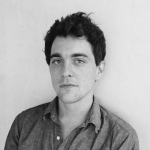 The Baffler named a new editor-in-chief this week to succeed former EIC Chris Lehmann after his move to The New Republic. Jonathon Sturgeon will take on the role of EIC, moving up from his role as senior editor. He has previously contributed to The Guardian, Frieze magazine, artnet News, Flavorwire and n+1 magazine.

According to The Hollywood Reporter, Cooper Hefner, who recently took on the role of chief of global partnerships for Playboy Enterprises in January, is stepping down from his full-time executive position at his father’s legacy brand to launch his own media company, Hefner Media Corporation. He will, however, remain in an advisory role at Playboy.

The first brand to be launched in the new company’s portfolio is called Hefpost, an online platform that will feature everything from news to adult content, and Hefner will serve as its CEO. According to the brand’s Twitter account, which was created last month, the launch date for the new site is set for sometime in 2020. 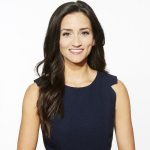 Pocket Outdoor Media’s Women’s Running tapped a new editor-in-chief this week. Jen Ator, who most recently served as fitness director of Women’s Health for 10 years, will work to grow the brand’s performance and reach across all of its platforms, while focusing on the goals of community engagement and service journalism.

At Women’s Health, Ator oversaw the brand’s fitness and active lifestyle content in print, digital, social and video, as well as brand extensions like apps, DVDs, bookazines and events. She worked to launch several initiatives, including the industry’s first-ever Fitness Awards. Prior to this, she served as an editorial intern at Men’s Health.

Time is continuing its editorial expansion with the hire of Vera Bergengruen as a Washington correspondent. Based in the D.C. bureau, Bergengruen joins the magazine from BuzzFeed News, where she reported on national security, and prior to that, she covered the 2016 election for McClatchy and contributed to the Pulitzer-winning Panama Papers investigation. At Time, she will be focused on covering Congressional investigations and will work alongside Alana Abramson, who has been covering the Hill for the past year.

Former chief operating officer of 1105 Media Inc., Henry Allain, is working with brand and digital consultancy A5 Media Partners to launch a new demand-gen and lead-gen business called FunnelSide. Allain, who spent over 12 years at 1105 and launched its marketing services business, also previously published MSDN Magazine for nearly 10 years and published TechNet Magazine until it was transitioned to a digital media property. He was responsible for launching Redmond, Redmond Channel Partner, Redmond Developer News and Virtualization & Cloud Review, and oversaw the M&A that brought Visual Studio Magazine and the Visual Studio Live! events into the Redmond Media Group. 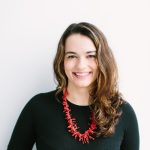 Wired senior editor Alexis Sobel Fitts is stepping down from her role after a year to join Jezebel as its new deputy editor. Prior to this, she served as a senior editor for Backchannel—before it was absorbed into Wired—and as a senior editor at the Columbia Journalism Review and OnEarth Magazine. She started out her career as an editorial fellow at Mother Jones.

Rowan Walrath, who most recently served as a researcher for Wired for the past two months, is also leaving the magazine to join BostInno, a Boston-based news outlet covering innovation in technology,  where she will focus on covering local startups. Walrath also previously served as an online editorial fellow at Mother Jones, where she covered health science, sex and gender, and has contributed to the Boston Globe, Boston magazine and HuffPost.

The National Journal promoted Mackenzie Weinger to senior editor this week. Previously a policy editor, Weinger will continue to oversee policy coverage in her new role, but will also manage and edit the brand’s team of congressional reporters and serve as a rotating host of its weekly podcast “Quorum Call.”

And Alex Clearfield, who had been a staff correspondent for the past two years at the National Journal, was promoted to the role of associate editor, where he will be tasked with editing the front-of-the-book sections of the daily print publication and contributing feature stories.