The Forward Is Moving on Without Print After 121 Years
28 percent of the staff will be cut, including longtime editor-in-chief Jane Eisner. 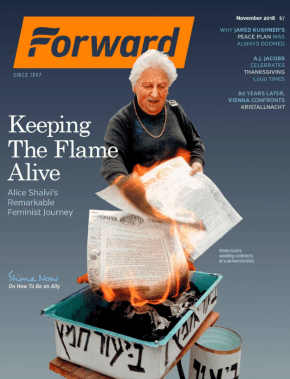 After 121 years in ink, the Jewish-American publication The Forward is ending its print run, which most recently took form as a monthly magazine published in both English and Yiddish versions, this spring. And with the transition to digital-only comes layoffs.

According to a statement from the company, 10 staffers, most of whom were tied to the print production and editing and content sides of the publication, were laid off, making up 28 percent of the current staff.

Included was longtime editor-in-chief Jane Eisner, who has held her role since 2008. Executive editor Dan Friedman and digital director David Goldiner were also named in the layoffs.

Founded in 1897, The Forward, formerly called The Jewish Daily Forward, was initially published in Yiddish as a daily newspaper, and ran as such for nearly a century before moving to a weekly run in 1983, when an English supplement was first included. And in 1990, an English-language version of the weekly paper launched alongside the Yiddish version.

In 2017, about a year after Rachel Fishman Feddersen joined The Forward as its publisher—later adding the title of CEO—the publication transitioned again to monthly. 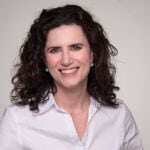 In an interview with Fishman Feddersen last year, she told Folio: that she made the decision to go monthly because her team realized that readers accessed their content digitally first. And while she was worried initially about losing subscribers during that transition, she reported that they didn’t actually lose any.

“We have readers who love print and we knew deleting that product would be a problem,” Fishman Feddersen said in the 2018 interview, “We didn’t want to anyway. We love print, too. But all of our staffs’ energy was going to a product where the readers weren’t.”

Fishman Feddersen also mentioned that since subscriptions make up a significant part in the brand’s revenue stream, the time seemed right to implement a paywall on the site, in addition to investing more in The Forward‘s e-newsletter offerings.

According to the company’s statement, the decision to go digital-only stemmed from the fact that a third of The Forward‘s readership, which is over two million readers per month, is under 35 years old and engages with the brand primarily online, where it will continue to produce both English- and Yiddish-language content.