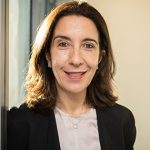 Lara Boro has been named the next CEO of The Economist Group, ending a five-month search that began when current CEO Chris Stibbs announced his impending departure from the London-based publisher last November.

Boro arrives from Informa plc, the London-based B2B events and publishing giant, where she had spent the past four years, rising to CEO of the company’s business intelligence unit in January. Prior to that, she was group managing director of Informa Intelligence’s pharma, media/telecom and transportation portfolios.

The Economist Group says the change will take effect later this year, at which point Stibbs will step down after six years as CEO and 14 years with the company overall.

“[Boro] has great experience in both business-to-consumer and business-to-business information markets, and is ideally suited to leading the Group through its next phase of development,” said Lord Paul Deighton, who was appointed chairman of The Economist Group last summer. 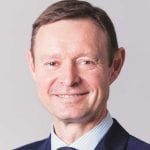 Boro joins a company in the midst of an aggressive circulation push, spending £28.5 million ($36.8 million) marketing print and digital subscriptions in the first half of 2018, according to its interim financial report.

The company reorganized its sales and circulation structure under COO and publisher Michael Brunt—who had previously headed up just the circulation business—a year ago, and then sold its Washington, D.C.-based subsidiary, CQ Roll Call, to SaaS provider FiscalNote for $180 million in August.

“I am delighted to be joining an iconic global media and intelligence business,” added Boro in a statement. “Never has there been a greater need for all that The Economist stands for. I look forward to working with the teams and the Board to ensure its legacy is safeguarded for generations to come.”