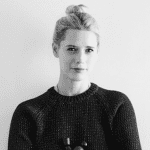 The Atlantic expanded its marketing and editorial teams this week with three new hires.

Alisa Leonard is taking on the role of head of global marketing and will be tasked with leading the brand’s marketing initiatives for its global partnerships team. In this position, she will work closely with Jeremy Elias, executive creative director of the company’s creative studio, Atlantic Re:think, and with Johanna Mayer-Jones, SVP of global partnerships, to produce campaigns and other solutions for clients.

Most recently, Leonard ran her own brand strategy consulting firm, HelloQ, where she had clients such as Coca-Cola, Microsoft and the UN Refugee Agency. Before that, she served as president of Levo League, a professional network for millennial women, and held several senior strategy roles at other various agencies. 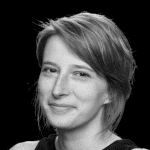 On the editorial side, Kaitlyn Tiffany was hired to The Atlantic’s technology desk where she will serve as a staff writer covering internet culture starting next month. Most recently, Tiffany was a tech reporter for Vox’s The Goods, and before that, she worked in audience development at Damn Joan and was a culture reporter at The Verge. She will be based in the New York office. 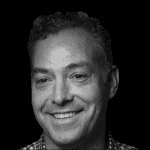 And longtime New York Times reporter and Pulitzer Prize winner Ian Urbina joined the magazine as a contributing writer. He will continue to cover issues related to the world’s oceans and other topics, across multiple platforms. Prior to writing for the NYT, Urbina was a Fulbright Fellow in Cuba and he also wrote about the Middle East and Africa for various outlets including the Los Angeles Times, Harper’s and Vanity Fair.

Here are the rest of this week’s moves: 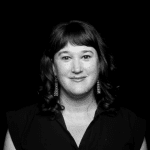 Deadspin editor-in-chief Megan Greenwell announced this week that she was leaving the site for Wired, where she will serve as editor of Wired.com. Starting Sept. 3, Greenwell will work with the brand’s senior leadership team to establish and execute editorial strategy across Wired’s digital properties. She will be based in New York.

Before Deadspin, Greenwell helped to launch digital feature programs for Esquire and New York magazine’s The Cut, as well as edited investigations and features for ESPN The Magazine and covered the war in Iraq from Baghdad for The Washington Post. Her work has been nominated for two National Magazine Awards and a GLAAD Media Award, and she was part of The Washington Post team that won the 2008 Pulitzer Prize for breaking news reporting for its coverage of the Virginia Tech shootings. 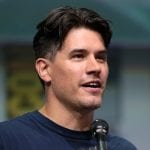 Vanity Fair tapped former Entertainment Weekly senior writer Anthony Breznican as a special correspondent in its Los Angeles bureau, according to The Hollywood Reporter. Breznican spent the last eight years with EW and recently departed the magazine in June during its transition from a bi-weekly to a monthly, which also saw the departure of longtime top editor Henry Goldblatt. Starting the week of Sept. 2, Breznican will contribute content related to the entertainment industry to all of VF’s platforms.

Also announced was the promotion of VF’s Hillary Busis to senior editor, where she will lead the Hollywood vertical HWD. She will start her new role following her maternity leave this fall. 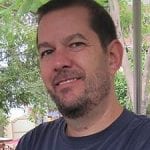 Over at Bonnier Corp., Toby Hill was named the new editor-in-chief of Cycle Volta, the Motorcycle Group’s new digital and social media brand covering the e-bike industry. Hill spent the past eight years with the bike industry trade publication Bicycle Retailer and Industry News (BRAIN), where he served as managing editor. Before that, he held various editorial roles at the Orange County Register, The Hollywood Reporter, Backstage magazine and Crain Communications. His appointment is effective immediately.

“His wealth of experience in the bicycle industry and a strong reporting background are huge assets as we build the editorial product to help consumers and enthusiasts understand and shop for e-bikes and related gear,” said VP, editorial director Mark Hoyer in a statement. 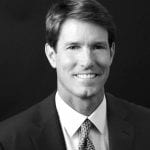 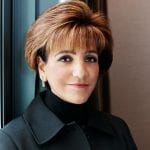 As part of last week’s leadership restructure at Condé Nast, CFO David Geithner and chief human resources officer JoAnn Murray have departed the company after five and seven years, respectively. In the company’s announcement about the organizational changes, it said that its corporate People, Finance and Communications functions will become globalized and a search was underway to fill the new global leadership positions for these divisions. Both Murray and Geithner, who held the top roles in their respective divisions, reportedly chose not to pursue the global positions.

Prior to Condé, Geithner spent over 21 years at Time Inc., most recently serving as the EVP where he oversaw the financial and operating performance of People, Entertainment Weekly, InStyle, People En Español, StyleWatch and Essence.

Murray previously spent nearly four years with Trusted Media Brands before joining Condé, serving most recently as its chief human resources officer. She has over three decades of experience working in human resources and in executive roles at various companies. 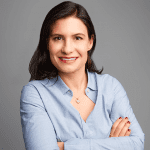 Elsewhere at Condé Nast, Geneva Wasserman was tapped as the new SVP of motion pictures. Based in Los Angeles, Wasserman will report to Oren Katzeff, president of Condé Nast Entertainment, and will be tasked with increasing the company’s global film footprint and leading visual storytelling efforts for the company’s brands across digital video, social, virtual reality, OTT channels, film and television platforms.

Prior to CNE, Wasserman was the co-founder of Project Z Entertainment and is credited as a producer on several films, including the Netflix’s “Gnome Alone” and “Seoul Searching.” She also co-founded OEM Entertainment Media with Optimad Media, an advertising technology company for the film industry.

Former CFO for Forbes Media and The Street, Lisa Mogensen, was named the new CFO of data and marketing tech company 4C. Succeeding Brent Dobsch, who is moving into the CFO and COO role at Kinetiq, which was newly created by 4C, Mogensen will be tasked with overseeing the company’s financial planning and reporting, legal, accounting, tax and treasury functions. She is bringing over three decades of experience in financial and operating management to this role. 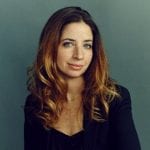 Future Media Group’s Janice Trichon is joining design and strategy firm Godfrey Dadich Partners as its new partner and head of finance. Trichon only recently joined Future in April, serving as its VP of finance, and was responsible for overseeing the financial aspects of the W acquisition from Condé Nast.

Prior to Future, she spent nearly two decades at Condé, where she held various finance leadership positions with several of the company’s brands including GQ, Allure, Condé Nast Traveler and Wired. She also most recently was the financial head for the Condé Nast Innovation Collection and was tasked with managing revenue across print, web, video and events, achieving a significant digital revenue increase in 2018.

Quartz executive producer Solana Pyne is joining the New York Times’ video leadership team as the director of enterprise video. Pyne previously spent over four years at Quartz where she was brought on as a senior producer to launch its video team, and later in 2017, she was promoted to executive producer. Prior to this, she oversaw video for the international news site GlobalPost as a senior producer.

In her new role, Pyne will be tasked with leading producers and journalists in creating coverage across news and enterprise, while also focusing on new ways to evolve the department’s strategy.

Adweek’s editor-at-large, Patrick Coffee, left the brand after five-and-a-half years to join Business Insider as its new correspondent. Starting next month, Coffee will cover the advertising beat, something he’s been on since starting as a staff writer and editor at Adweek in 2014. He was later promoted to senior editor and then editor-at-large in November 2018. Prior to this, he served as editor and PR manager of Mediabistro from 2012 to 2014 when it was owned by the same company as Adweek.

Bloomberg Tech hired The Intercept’s Ryan Gallagher as its new senior reporter based in Edinburgh. Starting Sept. 16, Gallagher will report to investigative reporter Andy Martin and will create investigative pieces on cybersecurity and surveillance in Europe, as well as the world’s largest technology companies. While at The Intercept, he served as an investigative journalist and regularly broke news on the intersection of national security, surveillance and civil liberties.

Brendan Pedersen, who currently serves as a staff writer for Kiplinger’s Personal Finance magazine, is joining American Banker next month to cover the FDIC, OCC and financial tech regulation. While at Kiplinger, Pedersen covered tech, money and health care.

Emily Drewry, the former senior social content manager at Forbes, announced she is joining Nasdaq as its head of social for listings.