Study: Event Strategies Differ Based on Size
“It is a mistake to think of ‘business events’ as a monolith.” 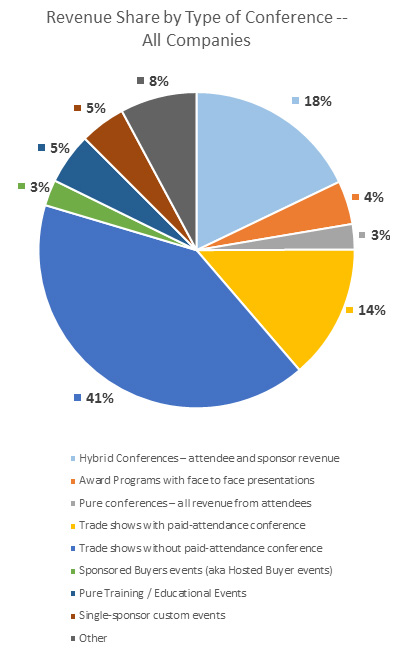 As print advertising dries up and digital revenue struggles to move from dimes to dollars, events have been an area of sustained growth for b-to-b media.

Companies are using face-to-face in very different ways though, according to a recent study by ABM’s Events Council.

Overall, events drive 45 percent of the industry’s total revenue, with trade shows-both with and without conference components-accounting for 55 percent of that. The picture changes dramatically when broken down by company size though.

While businesses with more than $25 million in event revenue are in line with the overall industry figures, mid-sized companies (those with event revenue between $5 and $25 million) only generate about 14 percent of their earnings from trade shows. Companies falling under the $5 million threshold go in the opposite direction-almost two-thirds of their revenue comes from trade shows.

"It is a mistake to think of "business events" as a monolith," the report says. "Even a broad characterization of events as ‘conferences’ and ‘trade shows’ fails to distinguish among the many kinds of events."

Hybrid conferences are next on the list for both large and mid-sized companies; hosted buyer events play a central role for small businesses. 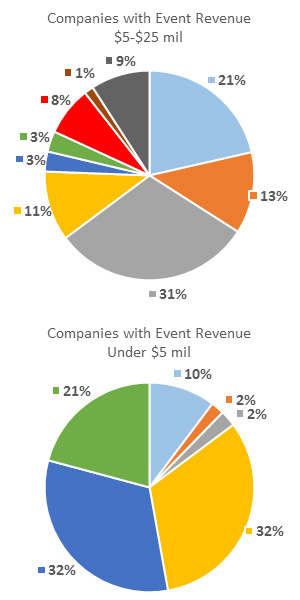