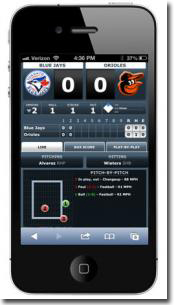 Time Inc.’s Sports Illustrated has relaunched its mobile site, emphasizing consistency in content across each of its platforms.

While the new mobile site, built on a WordPress platform and written in responsive HTML5 coding, has a darker, sharper user-interface than the desktop version-a much different look and feel-the content is more closely aligned.

"The way we’ve approached this mobile site is indicative of what we’ll be doing here at Sports Illustrated going forward, really looking to bring out a product that allows us to be nimble and flexible," says Matt Bean, the managing editor of SI.com who recently came over from Rodale. "We want our brand to be represented across all platforms, but there are different use cases reflected in mobile that might not be the case for someone on a desktop computer. In subtle ways, we’re looking to cater to that user."

Scores, he says, are a way to do that. The Gameflash technology used to give real-time scoring updates is almost identical to the desktop version, but is now accessible in a way that uniquely complements the mobile experience. Similarly, reader comments are now integrated into the device platform, offering users a chance to reengage with a story more easily.

Overall, the percentage of content accessible across platforms is high, Bean emphasizes, saying that "almost everything" available on the fixed site can now be viewed on a smartphone or tablet.

The SI.com app is not yet part of the new immersive environment Bean and SI.com vice president and general manager Jim DeLorenzo are trying to create, although he expects it will be by the end of the year.

"It’s really going to end up being one in the same," DeLorenzo says. "We’re going to use the HTML5 base that we’ve created with the mobile site and then use that for a native app as well. That’s one of the reasons why when you look at the new mobile website, it has very much of an app feel to it."

Neither would comment specifically on future updates to the desktop site that would bring it closer to the mobile version in appearance, but DeLorenzo did say his group was "actively looking" at a redesign.