Source Interlink Launches Magazine with Emphasis on Newsstand, Not Advertising
‘Bound by ink’ to chronicle the impact of art on tattoo culture. 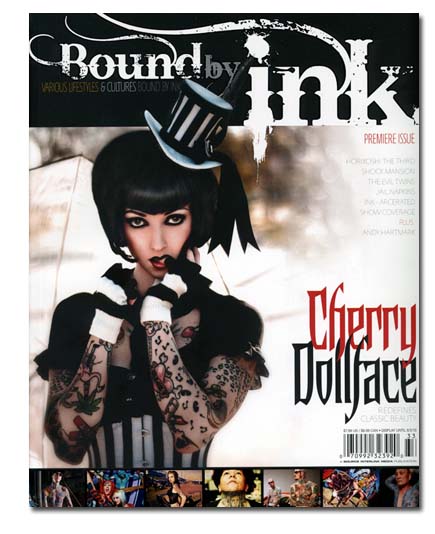 When a pair of longtime Source Interlink Media executives began talking 10 months ago about launching a magazine, they wanted to develop something completely “out of the box” in terms of Source’s army of auto and action sports enthusiast titles. The result is Bound by ink, a glossy print magazine it says chronicles the impact of art on tattoo culture.

“We noticed that in the tattoo category, there are a lot of titles out there but all are very similar in the sense that they focus mainly on just the tattoo and the artist,” says Source Interlink vice president and new business manager Howard Lim.  “In our segments of automotive—the lowrider crowds, the Harley riders, etc.—we wanted to showcase the art that surrounds the tattoo community. The challenge here was to create something that is ‘outside the box’ for Source, outside its core competency of autos and motorsports.”

Bound by ink publishes quarterly and has an initial national distribution of 175,000. The target demographic currently skews slightly male, ages 21 to 34. “We want to get in your face with a larger than life delivery, to go beyond the visuals and get to the people and their stories, and what inspires their tattoo ideas,” says Alan Alpanian, Source Interlink senior vice president and chief creative officer. Alpanian and Lim collaborated on the magazine’s launch.

With a $7.99 cover price, the launch issue of Bound by ink has 124 pages including covers—10 pages of which were ads (including one house ad). “We’re being very selective about the type of advertising we have,” says Lim. “We really want this to be about the consumer and to not infringe too much on that spirit of what we’re trying to do. It’s different from what we traditionally have done.”

Lim says advertising has primarily been the main driver for revenue for Source magazines with newsstand a close second. For this particular product, however, “we wanted to develop a title that would be self-sustainable with just the newsstand.”

Bound by ink has a companion Web site and Source is developing other digital and mobile assets around the brand, Lim says.