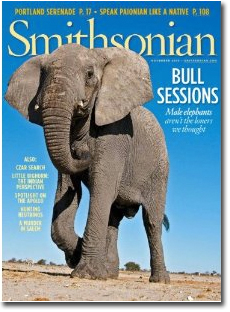 Michael Caruso, formerly deputy editor of WSJ Magazine, has been named editor-in-chief for Smithsonian magazine. After just six months at WSJ, Caruso is trading in his position to take over for former editor-in-chief Carey Winfrey.

Winfrey held this position at the publication for a decade and announced his resignation back in April. Winfrey said that “after 10 years, it’s time to give somebody else a chance,” regarding his departure. At the time of the announcement, no successor had been named.

Caruso says that he is looking forward to the challenge of continuing the legacy of the editors who came before him. Caruso will be the fourth editor in Smithsonian magazine’s 41-year run, taking on more than 7 million readers and one of the most recognized museum and research complexes in the world.