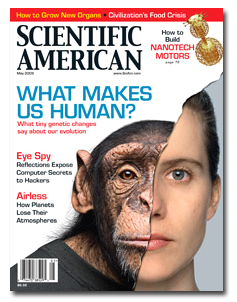 While he declined to say exactly how many employees were let go, Yee said the cuts came from the group’s New York office. Scientific American, which is owned by book publisher Macmillan, transitioned to its Nature Publishing Group last fall.

“We’ve been working on the integration since January and  recently decided to combine and centralize a number of our operations,” Yee told FOLIO:. “Scientific American retains its editorial functions and our brand. This is the bringing together of two iconic brand in the science arena.”

Through the first quarter, Scientific American’s ad pages were down 18.1 percent, according to Publishers Information Bureau figures.

Editor, President to Step Down

Yee also is planning to step down as president sometime this summer, following the magazine’s “initial integration” into the Nature Publishing Group. While he declined to offer specifics about his plans, Yee said he will pursue a “design-related entrepreneurial venture.”