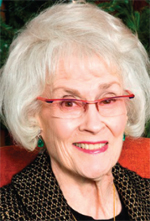 At a time when print is becoming a secondary product for many publishers (in mindset if not revenue), Miller-McCune is succeeding with long-form journalism.

It’s rare to see a print launch these days dedicated to long-form journalism. But that’s just what Miller-McCune Magazine has done with a tagline that declares, “Smart Journalism. Real Solutions.”

Miller-McCune debuted in 2008, the inspiration of Sara Miller McCune, founder of 45-year-old SAGE Publications, which has grown to be one of the largest academic publishers with estimated revenue of $500 million.

“We always talked about wanting to do a magazine without footnotes, with good journalists and writers talking about the important issues society faces, and what scientists and researchers have come up with for possible solutions,” says Miller McCune. “This was a way of making that dream a reality.”

Miller McCune recruited John Mecklin, former editor of High Country News, a magazine about politics and the environment of the American West, to serve as print editor while Michael Todd, former business editor for the Santa Barbara News-Press, is online editor for Miller-McCune.com.

The magazine reaches just over 100,000 readers with a combined model of paid subscriptions and controlled distribution to high level positions such as CEOs and government officials on state, local and federal levels. Miller-McCune.com generates more than 150,000 monthly unique visitors.