Rolling Stone’s Publisher and CRO Exits After 12 Months in the Role
A rep for Penske Media calls it "a mutual separation." 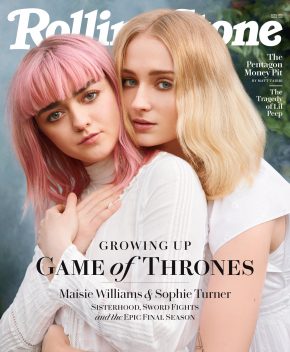 Publisher and chief revenue officer Andrew Budkofsky is out at Rolling Stone after just one year in the role, parent company Penske Media Corp. (PMC) has confirmed.

“Rolling Stone and Andrew have agreed upon a mutual separation,” says a rep for PMC, the publisher of Variety and WWD, among others, which acquired a majority stake in Rolling Stone from longtime publisher and co-founder Jann Wenner in December 2017 before buying up the remaining 49% earlier this year.

Tapped by PMC to succeed Wenner in the publisher capacity last May, Budkofsky—who had spent the previous four years as CRO of the tech news site Digital Trends—was brought in primarily for his digital media acumen, focused on using PMC’s broader scale and deeper pockets to expand the 51-year-old pop culture magazine’s online, video and live events offerings, while relaunching its print edition as a higher-priced monthly product.

The PMC rep declined to go into details on the circumstances surrounding Budkofsky’s departure or when a replacement will be announced, but noted that Budkofsky left the company in April.