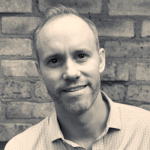 Szejka has been with Rolling Stone since 2014, when he joined as a digital account executive. Since then, he has held various roles with the magazine, most recently serving as the Midwest director of sales. In this role, he contributed to the rise in digital revenue, as well as spearheaded some of the brand’s largest initiatives, including partnerships with Ram Trucks on Rolling Stone Country and an exclusive multi-year partnership with ticketing platform VividSeats.

Based in Chicago, he will report directly to president and chief operating officer Gus Wenner, who said that since joining the brand, “Szejka has consistently grown digital revenue and brokered important partnerships that have been key to maintaining our reputation as the world’s most iconic music and culture publication.”

Prior to Rolling Stone, Szejka served as an account executive at digital media company Defy Media, and before that, was the associate director of digital strategy for ad agency Jacobson Rost.

“I look forward to working alongside Gus and the team to drive revenue and further build on Rolling Stone’s singular position as the leading voice in music and pop culture,” said Szejka in a statement.

Elsewhere at Penske Media Corp., WWD announced its second international edition with the upcoming August 1 launch of WWD China—a vertical that will feature a mix of local original content, and syndicated content from the other WWD outlets. Part of a licensing deal with China Mind Next, this edition will have its own editorial staff. 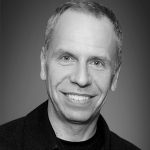 Editor-in-chief Miles Socha is taking on the new role of editor, international, where he will oversee WWD’s bureaus in Paris, Milan, London and Beijing. Based in Paris, he will be tasked with bolstering global editorial coverage.

Tian Wei Zhang was named WWD‘s new London and China market editor, and joins the brand from Business of Fashion China, where he was an editorial associate.

WWD also made two other recent editorial appointments in New York. Sindhu Sundar, previously a feature reporter at Law360, will take on the role of New York financial/legal reporter. And Obi Anwanyu, who most recently was the fashion features editor at The Impression, will be the new New York Men’s correspondent.

New York Media announced new leadership appointments this week with the promotion of Jacqueline Cinguina to the new role of chief marketing officer, and the hire of Greg Tyree as chief technology officer. 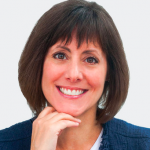 In her new role, she will continue to have oversight of the sales and marketing organization, but will take on the added scope of leading the marketing creative strategy for the company’s verticals across business lines, including working with the e-commerce, consumer-marketing, product and business-development teams.

As the head of sales marketing, Cinguina played an integral role in closing some of the company’s largest advertising deals, as well as helped to formulate the go-to-market strategy. She was also responsible for creating a team that elevated its branded-content studio, New York Stories, which recently won a Webby Award. She will report to both CEO Pam Wasserstein and CRO and publisher Avi Zimak. 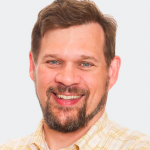 Tyree joins the company from Business Insider, where he served as its CTO for over five years. In his new role, he will be tasked with leading the engineering and technology team, covering all technology for the company—including its suite of websites, CMS Clay, mobile apps and tech services—and providing strategic direction on new technology initiatives while working closely with product, editorial, sales, marketing and business development teams. He will report to chief product officer Daniel Hallac.

New York magazine’s the Cut also named Matthew Schneier as its new features writer, where he will cover fashion, culture, politics and urban life for both the print edition and digital vertical, starting June 10. 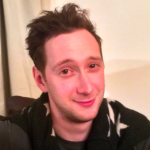 Schneier has been with the New York Times since 2014, most recently serving as a reporter and staff writer covering fashion for the paper’s Styles desk. He also wrote feature articles, profiles and reviews for the publication. Prior to that, he served as the deputy editor of Style.com and for GQ.com. His writing has also appeared in The Wall Street Journal, Harper’s Bazaar, Slate and Paper.

The Atlantic hired Laurie Abraham and Thomas Gebremedhin as new senior editors on the print staff this week. Starting this summer, both will be based in New York and will work to expand the range of stories and subjects covered across the magazine. 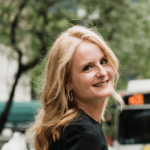 Abraham, who most recently was the executive features editor at New York magazine, will focus on producing narratives. Prior to New York, she served as a senior editor and executive editor at Elle and as a contributor to The New York Times Magazine. She’s also the author of “Mama Might Be Better Off Dead: The Failure of Health Care in Urban America” and “The Husbands and Wives Club: A Year in the Life of a Couples Therapy Group.” 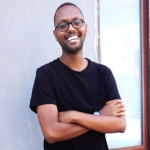 Gebremedhin is joining The Atlantic from WSJ Magazine, where he served as a culture editor and was tasked with editing features for the print magazine and covering culture for the website. In his new role, he will expand his purview with the coverage of politics, technology and other subjects. Before joining WSJ Magazine in 2015, he was an assistant editor at Random House and a features assistant at Vogue. 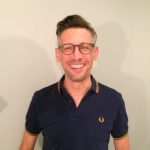 Tom Beer was tapped as the new editor-in-chief of Kirkus Reviews. Beer will succeed Claiborne Smith, who recently announced his resignation from the magazine after six years and is moving to the San Antonio Book Festival, where he will become its first full-time literary director, effective July 1.

Beer, who has served as the books editor for Newsday for the past 12 years, will start his new role on June 17 and will report directly to CEO Meg Kuehn. Prior to Newsday, he was an editor for Out magazine and has written for The Village Voice, The Los Angeles Times, Time Out New York and others.

Quartz’s Dave Gershgorn is leaving his role as an artificial intelligence reporter to join Medium, where he will serve as a senior writer for its new tech publication OneZero. Prior to joining Quartz in 2016, Gershgorn was an assistant technology editor for Popular Science.