The health of a magazine brand was once measured by its success on newsstands. Of course, times have changed, and so have newsstand sales.

The Alliance for Audited Media released its second half snapshot for 2013 in early February, and results from the newsstand segment were a grim reminder that magazines have a long way to go to get back to pre-recession figures. Average circulation totals stabilized according to the report, but the newsstand segment continued on a downward trajectory, dipping by more than 11 percent compared to the previous report.

Still, not all publishers are feeling the pain. In fact, some have been making up for depressed one-off revenue with special issue publications. Niche publishers, for example, have been especially successful with SIPs and are finding them to be profitable antidotes for ailing newsstand sales.

Owned by Source Interlink and managed by Harris Publications, SLAM has been mastering the SIP strategy for two decades. SLAM is for the basketball enthusiast with an editorial emphasis on the game’s biggest players.

Its audience is mostly comprised of young male sports fans. To break it down further, many of them are also passionate about foot fashion, specifically basketball sneakers.

The "sneakerhead" culture is fanatical about the latest trends. They will wait in lines overnight and pay multiples beyond MSRP to get their hands on the hottest new sneakers. SLAM got out in front of that trend when it launched KICKS, a special newsstand-only issue 1998.

In addition to KICKS, SLAM has capitalized on the popularity of the game’s biggest stars. And who bigger than Michael Jordan?

"He has been the most lucrative topic for us," says editor-in-chief Ben Osborne. "We actually did a special issue with Nike and him in 1998 that remains the best selling thing in SLAM’s history-somewhere over 50 percent sell through, at a premium price. It was a runaway hit."

After that, the magazine capitalized further and released two more Jordan-themed SIPs, which also performed exceptionally well. But MJ hasn’t been the only marquee name to have his own SLAM SIP; Kobe Bryant and Lebron James also share the honor. And Osborne says those are the kinds of names that draw newsstand sales. "People will pay extra and go back to the newsstand and get something about their favorite player," he says.

The annual KICKS issue is priced and packaged the same as regular issues, however Osborne suggests the popularity of KICKS coupled with basketball being a star-driven sport inspired its latest iteration.

The Nike Air Jordan has been a staple on basketball courts for 30 years, and the timing of a new sixth edition offered SLAM an ideal opportunity to marry the popularity of KICKS and Michael Jordan for a new special issue.

Osborne says it was "kind of an obvious choice" and something he and his team had been planning to do for a while. However, a partnership with Foot Locker made it a reality.
The result is SLAM KICKS presents Jordans Volume 1, an issue dedicated to 30 years of Air Jordans. It’s priced at $9.99; it’s printed on a larger format than a typical SLAM and is on high-quality paper with a thick card stock cover. The issue has 96 pages of editorial, with Foot Locker getting a badge on the cover and an opening two-page spread that looks more like an editorial collage of Air Jordans than a sponsored ad. 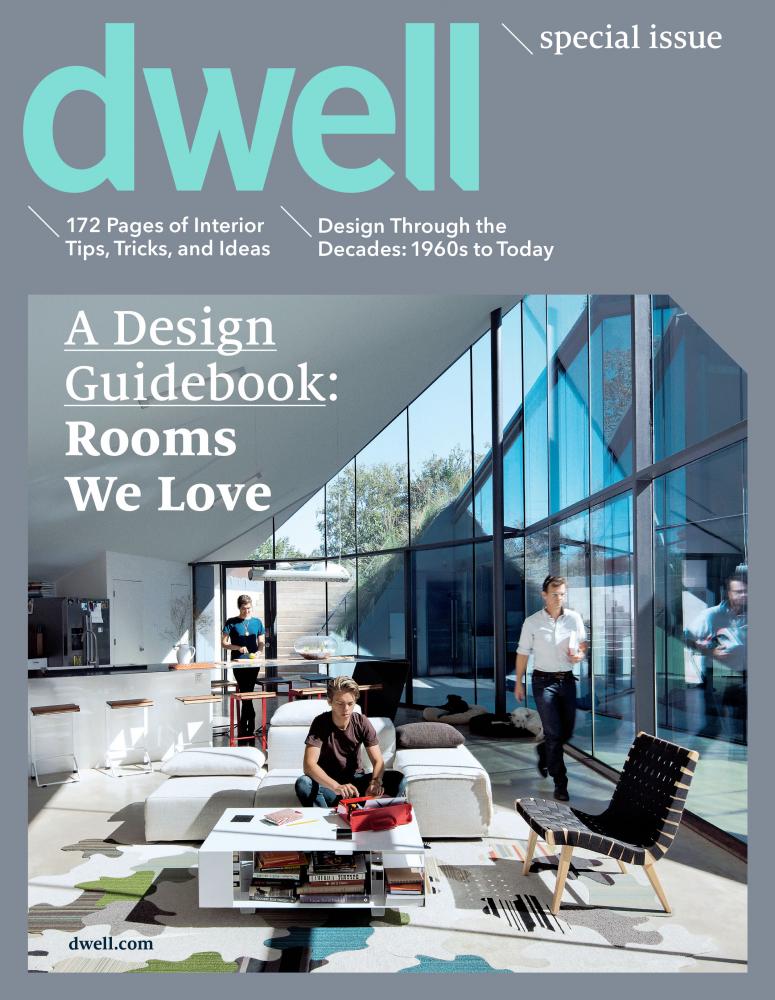 Dwell’s SIP strategy began in 2009, after the publication noticed there was an opportunity to go beyond what the regular issues offer.

"We had long noticed that we had an audience who was keenly interested in some issues that we couldn’t do enough of, couldn’t do enough pages on-small spaces, prefab, materials, a way to ‘make it yours,’ says CEO Michela O’Connor. "We really took some of the core themes that already sold extraordinarily well on the newsstand and decided there was probably a market to do those for newsstand only."

Dwell now produces three SIPs each year dedicated to various aspects of home design and architecture. But O’Connor quips that she would do twice as many if she had the staff to handle it, especially because nobody else in the category is currently doing them.

Each Dwell SIP is a brand new concept, with between 170-190 pages (about 30 more than a regular issue) and a 90-10 edit-to-ad split. The trim size mirrors a regular issue, however the paper is printed on a much heavier stock.

O’Connor says that because of the improved product quality and limited advertorial content, SIPs sell much better than a regular issue. Although, she concedes that is partly due to the issues having a 12-week shelf life on newsstands.

"It has definitely improved our newsstand sales and hasn’t cannibalized the regular issues," she says. Beyond that, she also says that SIPs have become one of the most efficient sources for bringing in new subscribers-all through insert cards.

Dwell sells its SIPs at $12.95 an issue, and O’Connor indicates the price point is "always in discussion." It was initially set at $9.95, but market data suggested its audience would be comfortable with a higher price, which was correct.

While O’Connor says SIPs have been a bright spot in the newsstand segment, she confesses that high price points and theme-driven content might not work for everyone. "I think it depends on the brand," she says. "I can think of lots of brands that would only have marginal success with this. But when it’s right they are extremely attractive for publishers. It is definitely a healthy part of the business."

Active Interest Media’s Yoga Journal has been producing SIPs since 2010 and found quick success. Still, general manager Pat Fox says, despite testing, the first attempt was "a leap of faith." That is, the magazine released an additional 20,000 issues and priced up at $9.99. The result was a highly profitable 40-percent sell through. Nevertheless, Fox warns that had it not been successful it could have been devastating to the P&L report.

The second time around the magazine wanted to tap into an under-served segment-beginners. "It’s not the main focus of the magazine so we thought of it as a way to expand our footprint and talk to some people we weren’t talking to in the magazine, and that one did even better," she says.

The following year Yoga Journal introduced four SIPs based on cover lines that were proving successful on the newsstand. Fox admits that the draw came down a little bit, although the overall results were still extremely good. But she cautions that the margins were strong because of conservative budgeting and carefully repurposed content.

Since 2012 the strategy has been to introduce two brand new concepts and reprint two existing SIPs with the same title. Fox says that sales have stabilized to mirror the regular issue totals, however at a price that nearly doubles the regular issue, the benefits are obvious.

Yoga Journal’s revenue model also includes advertising (about an 80-20 split). However, its SIPs only offer full-page ads, which Fox says a lot of smaller advertisers love because it gives them an opportunity to buy ad space they normally wouldn’t. Not only that, but the issues also typically sit on newsstands for three months, thus giving advertisers more bang for the buck.

Similar to SLAM and Dwell, Yoga Journal produces its SIPs with higher quality paper, and develops a product that is clearly not a regular issue, which Fox says is crucial. And her advice to publishers thinking about launching their own SIP strategy is simple, "Make sure they look different from your regular issues."