Revisiting My 3 Predictions for Magazine Media in 2018
A year in review of sorts. 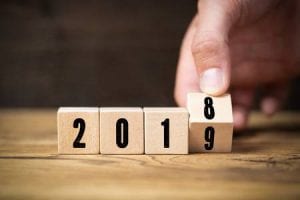 I started this year by essentially reminding everyone that 2016 and 2017 were not good years for magazine media. I want to be clear about why I made such an obvious declaration. It wasn’t to wallow in the gloomy past, or hope for more bad news to come along so we could publish provocative headlines. It was because I had hope for 2018 being a better year for our industry. And I think, for the most part, it was.

In that same piece I also made a few predictions for the year ahead. The purpose of my predictions was to get people thinking about a few interesting developments to watch for. In scope, they were admittedly broad. But look at magazine media, it’s a vastly diverse and complex industry. It would be an exhaustive exercise to drill down too much and make microeconomic forecasts, so instead I wanted to call out a few broader trends that connected with the majority of our community.

So with that in mind, let me revisit each one, and talk about where I got it right, and somewhat wrong (but mostly right). This is a year in review, of sorts, through the lens of my prognostications.

The impact of this will be both good and bad. It will mean the industry has a better shot of weathering the uncertain road ahead by becoming much more efficient. But on the flip side, it likely means the end of some beloved brands and, of course, more layoffs.

2018 began on the heels of a series of major acquisitions just weeks or months prior to the new year. While the immediate implications of M&A can mean bad news—we saw plenty by way of layoffs early in the year—it’s important to think about the long game in all this.

Folio: has been covering this industry for nearly 50 years, and improving efficiency has always been a major pain point for our readers. The products we create are not only labor intensive, but also have high fixed costs—especially when it comes to print. Economies of scale will alleviate some of that. So as we see more consolidation, we should see continued stabilization across the industry. Hopefully that means higher profit margins, which will lead to better wages, and increased investment.

The most notable M&A activity this year was in the b2b sector. Endeavor Media gobbled up several titles, and became a large house of brands in a matter of months. The already-giant conglomeration of Informa and Penton got even bigger when it acquired UBM in February. And MidOcean, a private equity firm, bought Questex and then more recently Hanley Wood and Meyers Research, which will be merged.

On the consumer side, as expected, we saw Meredith divest a few of the brands it acquired from Time Inc., including Time magazine to billionaire Salesforce founder Marc Benioff and his wife Lynne, as well as Fortune and Sunset. And it consolidated some of its Birmingham, Alabama-based operations.

All of these deals were significant, as were the ones not mentioned. Together, they all signify an ongoing industry metamorphosis.

Data will continue to drive the growth of the industry.

As I noted in January, I know this prediction is a bit obvious, but it still had to be made. Data is now the currency of every publisher who relies on advertising and/or consumer revenue. So in other words, every publisher.

Data is also connected to much of the M&A activity I just talked about. In many instances, deals were not only made to acquire titles, talent or even the audiences, but also technologies.

The significant milestone (for lack of a better word) this year for data, was that it became much more clear that publishers have not only learned how to collect and store data well internally and with third-party services, but they are finding very effective ways to use it.

We heard several use cases from within our community, and it seems clear that publishers are not running away from big data, but are instead leaning into it aggressively. Of course, as we’ve also learned this year in instances like preparing for for GDPR or trying to make sense of Facebook’s recent follies, challenges still remain when it comes to data.

3. Look for a Print “Comeback”

Even though print won’t likely be driving the success bus this year for most, it could have a revival in enthusiasm and buzz. Nevertheless, industry wide we can probably expect to see more frequency reductions, along with fewer ad pages, smaller book sizes and, in some cases, a total pivot away from the product altogether.

I did warn everyone not to get too excited about this idea. There was plenty of bad news. 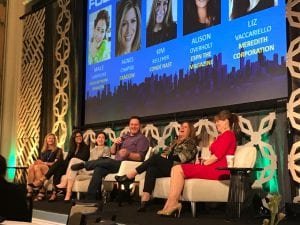 However, from my perspective, there seemed to be more enthusiasm around print this year. Perhaps it was a nostalgic yearning to return to the “old days” of magazine media, or maybe it was an anecdotal byproduct from interesting conversations I had throughout the year, or it was a bit of digital fatigue we all deal with from time to time. Whatever it was, many of us have been wishing for a print renaissance. But reality is reality, and it’s a simple fact that print is a declining piece of what has now become a much bigger and more diverse revenue pie. But that’s okay.

Does declining mean dying? No, not even close. We heard a lot of success stories this year, and there’s still good reason to believe in “the power of print.” We also saw a continued effort to improve the physical products themselves, and develop magazines that were worth keeping around on the coffee table longer than a few weeks. Nevertheless, there is still an undeniable shift away from print being a primary revenue source. Look no further than Condé halting Glamour’s regular print frequency and Hearst doing the same with Seventeen’s.

I cite these two examples because neither should be interpreted as failures per se. Instead, they should be thought of as repositioning strategies. For these two brands print is not their future. But for others it may be.

NewBeauty, Working Mother and Parents are just a few examples of brands we talked to this year that not only shared recent successes in print, but are forecasting stable futures for the medium.

And look at The Magnolia Journal’s meteoric rise over the past two years. Its success is significant because it illustrates that print is still viable to marketers, if you bring them the right pitch. Chip and Joanna Gaines certainly saw that when they teamed up with Meredith. And although the elasticity of celebrity-driven magazines may be limited, the notion that print can serve as a worthwhile messaging platform has endless possibilities for the people who specialize in print—magazine publishers.

So maybe 2018 wasn’t the year that print made an actual comeback. But perhaps instead it was the year we began to see how its future could realistically look. A future that doesn’t require a eulogy.

So there you have it. A year that was, well frankly, predictable. But I mean that in the best sense of the word. For magazine media, being predictable should be a welcomed change after a number of tumultuous years. But does that mean we have a smooth ride ahead? Well, to get that answer you’ll have to read my 2019 predictions in January.

Wishing you all a happy and successful New Year!