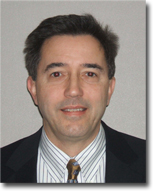 Tomkins will start his new position on May 23, joining RDA from the non-publishing sector where he was vice president controller of AT&T’s Business Solutions.

Former CFO Williams became RDA president and CEO when Mary Berner parted ways with the company in late April. After Berner’s departure, Randall Curran, CEO of telecommunications company DELTACOM, Inc., filled her position as chairman of the RDA board.

RDA cites fewer magazine/book renewals, unprofitable product lines and less magazine issues for the revenue loss and for the EBITDA in the first quarter of 2011, which was at negative $25.2 million.