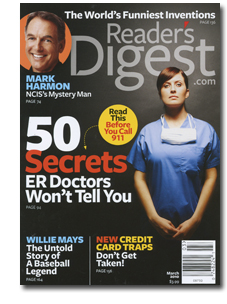 After six months of restructuring its debt through a pre-packaged bankruptcy, the Reader’s Digest Association Monday said it officially emerged from Chapter 11 protection.

“This is a very important day for our company, and emerging with a de-leveraged balance sheet and a strong new capital structure is a significant step forward as we continue to transform RDA into a global media and marketing leader,” president and CEO Mary Berner said in a statement announcing the emergence.

As part of its restructuring, RDA reduced its debt by 75 percent from roughly $2.2 billion to approximately $525 million. Holders of RDA’s senior secured debt will receive equity, effectively transferring ownership of RDA to the lender group.

RDA said its gross operating leverage was lowered from 17.5X to 3.2X.

The company said it secured $525 million in exit financing as a result of a recent bond refinancing. It will provide RDA with $30 million in cash interest expense savings annually, compared to its previous credit facility. In addition, RDA said it has access to $50 million of revolver credit.

RDA reportedly was expected to announce a new corporate name around the time of its emergence. An RDA spokesperson did not immediately return a request for comment about a name change.