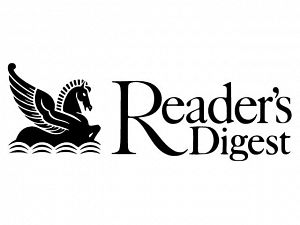 RDA Holding, parent company of The Reader’s Digest Association, had its plan for emergence from bankruptcy approved and will officially exit Chapter 11 in late July.

The company is set to reemerge with about $100 million in debt, down from around $500 million before the filing in February. RDA says it converted approximately $465 million in secured notes to equity.

The U.S. Bankruptcy Court for the Southern District of New York approved the measures Friday afternoon.

According to CEO Robert Guth, RDA will focus on its "most profitable core businesses" moving forward. Ancillary units—including Every Day with Rachel Ray and Allrecipies.com—have already been divested.

"The Court’s confirmation of our restructuring plan is an important step for our company and sets the stage for our future as a much more focused company," Guth says in a statement. "We are taking decisive actions that are placing our business on a stronger path for the long-term and making us a more relevant and more profitable company. We have used the restructuring period to reset and refresh our company and have reconsidered nearly every aspect of our business."

The publisher’s flagship titles, Reader’s Digest and Taste of Home, have slowly trended upward since Guth took over in September of 2011.

Circulation for each has stayed relatively constant, per the Alliance for Audited Media, while ad pages—which rose 7 percent for Reader’s Digest and dipped 3 percent for Taste of Home last year—each saw a significant bump in the first quarter of 2013, according to PIB.

The emergence is RDA’s second in three years. The group came out of Chapter 11 under former CEO Mary Berner in 2010, reducing $2.2 billion in debt to about $525 million. Berner left the company a year later as Guth was named to its board of directors.