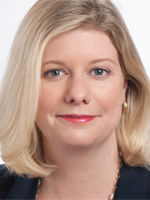 Takeaway: Future U.S. is headed back toward profitability with an emphasis on digital products and live-event connections.

Like many publishers, Future’s U.S. business faced declining revenues after the recession. Legacy costs from print magazines and dwindling advertiser support led to an emphasis on digital products.

Rachelle Considine has headed the group as it continues to transform. The division has made some tough choices, shedding several titles, but is now growing consistently. It drew 43 percent of its revenue from digital in the fiscal first half of 2013, including 77 percent of its total ad dollars.

Most importantly, Future U.S. is expected to return to profitability by the end of this year.

Tying its traditional media properties to face-to-face experiences has been critical from a sponsorship perspective. The company has had success with a range of events from local meet-ups to banner parties at Comic Con International in San Diego.

“We try to wrap our media properties where people are coming day-to-day online, with an actual event so they can meet [each other and our editors] in person,” Considine says. “Digital advertising, in many ways, has become a commodity. All media companies have done that to themselves—the phrase ‘premium programmatic’ is in almost every sentence they have. We had to diversify, so we believe in content marketing. We look at [our event partnerships] as a content marketing play because we can create content for you, but we can also amplify it.”