How Questex Is Preparing for the Future of Live Events
"Let’s rethink everything," says CEO Paul Miller. 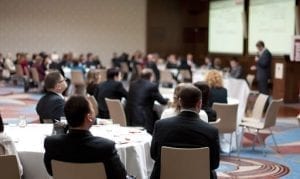 No one can say with certainty when conferences, trade shows and other large gatherings will resume. What is certain is that when they do, they’re going to feel very different.

But new guidance from Questex—a B2B publisher which, until three months ago, drove 70% of its revenues from live events—provides a glimpse into what large-scale conferences might look like in the near future, ranging from temporary measures like socially distanced theaters and exhibit halls or frequent disinfecting of high-traffic areas, to more permanent changes, such as contactless registration, eliminating waste by phasing out welcome bags and contracting medical professionals to be available on-site.

“We’ve got to build trust that we’re listening and are going to do whatever it takes to make events as safe as possible, and that we’re going to invest in these precautions,” Questex CEO Paul Miller tells Folio:. “It’s not just the exhibitors and the attendees, it’s my own staff as well. They need to feel safe and see that we’re not just ignoring this awful situation.”

The safety guidelines, which Questex released last week, are meant to be a living document, Miller says, subject to change amid ongoing discussions with attendees, exhibitors, venues and local governments around the world. But the pause has also provided an opportunity to reevaluate every aspect of the business, from minute details to bigger questions, like whether events, as previously conceived, are truly the most efficient way to connect buyers and sellers.

“Coronavirus or not, I think it was time probably for a change,” Miller says. “Is a one-location, three-day event really the future? Or is it 12 locations, with a keynote broadcast live and a breakaway for local programming? Are these the things that people might appreciate, not having to get on a plane or give up five days of their week? We’re in a crisis, let’s not waste it. Let’s rethink everything.” 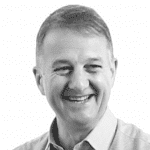 Miller says he was never a big believer in an “events-only model,” but concedes that a total shutdown of face-to-face events, obviously, has hurt Questex considerably. And while the company had the skillsets and technology necessary to pivot to virtual events, it takes a lot of webinars to make up for the revenue lost when a single conference is cancelled, especially because attendees aren’t accustomed to paying for access to online editions of physical events.

“At the moment, the fastest and easiest way to revenue is through sponsorship. There’s no doubt about it,” Miller says. “And that’s not great, because there is value to this content.”

Spending much of their professional time on Zoom meetings as it is, attendees are forgiving of technical glitches, appreciating authenticity over “full-on production value,” he says. People will pay to attend online events, but when they do they’re rightfully expecting a higher quality experience, which in turn requires greater investment and more lead time in preparation.

As for physical events, Miller says Questex is looking at September as a potential reopening, but that it’s also modeled out scenarios in which there are no live events in 2020 at all. Making matters more difficult is the anticipation that when events do return, it’s likely that attendance will be down from previous years.

“What we’re looking at is less revenue and more cost—never a good business formula. Fewer exhibitors, just through sheer space issues or ability to travel, and fewer paying attendees for the same reasons,” Miller says.

Conference organizers of all sizes, he says, need to embrace the reality that when events return, the wide EBITDA margins they once generated will almost certainly lag behind.

“Events will be less profitable. Then you’ve got to go back to the question of why we do these things in the first place. We do them because they are very efficient ways for audiences and sellers to connect,” he continues. “We are here to bring buyers and sellers together, irrespective of the medium, and there are various ways to do that. The event-only model is not really doing a service to the industry.”

For exhibitors, who are going to see fewer attendees and thus fewer leads, the idea of exposing them to a much wider audience with events that span multiple locations becomes all the more attractive.

“Not every single potential buyer is going to attend an event, so if we can expose them to folks around the world by using hybrid-type models, I think it becomes potentially really exciting. Maybe a brand-new industry emerges from that,” Miller says. “Is a live event relevant anymore in certain industries and in certain places? I think it’s going to have to be a really relevant place for people to get on a plane and sit in a hotel. It better be darn valuable for people to do that. I think we all have to get out of our comfort zones a little bit.”