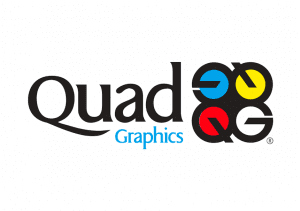 Quad/Graphics posted a net loss of $12.4 million in the first quarter of 2020, the Wisconsin-based commercial printer reported on Wednesday, a significant improvement over its $22.8 million net loss in Q1 of 2019.

Net sales dropped 14.4% year-over-year to $823 million, the company said, a decline that was partially mitigated by a 13.5% reduction in operating expenses, which it executed by furloughing staffers (while preserving their medical benefits), reducing capital expenditures by 45%, suspending quarterly dividends and reducing the salaries of over 750 of its highest-paid employees.

“Our first quarter performance exceeded our expectations until mid-March when we started to feel the initial disruption from COVID-19,” said chairman, president and CEO Joel Quadracci, who added that he’s taken a temporary 50% pay cut.

“We were able to deliver strong first quarter results, in part, by taking early and swift action to align our cost structure to lower volumes in certain product categories, thereby protecting our balance sheet and preserving cash flow and liquidity. We have historically treated almost all costs as variable, and demonstrated our agility to react in real-time during the pandemic to reduce costs.”

Quad/Graphics withdrew its full-year 2020 financial guidance in early April, citing uncertainty in customer demand as a result of the pandemic.

Magazines, catalogs and special interest publications combined to form about 30% of the company’s overall net sales in 2019, with a further 26% coming from retail inserts and in-store displays, an area in which the company saw a particular drop-off in demand in the early weeks of the pandemic.

“We estimate that certain print product lines decreased by approximately 30% on average over the back half of March,” said CFO Dave Honan on an earnings call Wednesday morning. “Almost our entire customer base has been impacted, but none more severely than brick-and-mortar retailers who have closed stores in response to take shelter-at-home orders.”

“We have significant liquidity and no material maturities in our debt capital structure until May of 2022, which allows us to have significant financial flexibility to adapt to the uncertain economic impacts of the COVID-19 pandemic,” Honan added in a statement.

The earnings report comes less than a month after Quad’s largest competitor, LSC Communications, filed for Chapter 11 bankruptcy amid $893 million in debt and a 15% year-over-year revenue decline in 2019. An attempted $1.4 billion merger of the two companies was thwarted last summer by the Department of Justice, which challenged the deal on anti-trust grounds.