Quad/Graphics CEO: Industry Needs to Protect Its Supply Chain
A year after abandoning a proposed mega-merger with printer LSC, Quad's chairman and CEO says he was surprised more clients didn't support the deal. 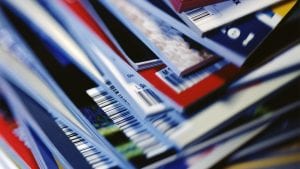 In the aftermath of last year’s failed merger of two major publication printers, Quad/Graphics and LSC Communications—a deal that was abandoned after it was challenged by the Department of Justice on anti-trust grounds—both companies were vocal in their opinion that the DOJ’s stance was based on an outdated perception of the printing industry.

While each was undoubtedly the other’s largest competitor in magazine, catalog and retail insert printing, Quad and LSC argued that the real competition was in digital media—clients opting to disseminate their publications and marketing materials online rather than in print—and that these same clients would’ve stood to benefit from the increased efficiencies generated by the merger.

The DOJ disagreed, arguing that Quad and LSC’s printing and distribution resources constituted the “only realistic options” for many publishers and that eliminating competition between the two would “likely increase the price and reduce the availability of products from popular magazines to grade school textbooks.”

In the year since the two companies agreed to call off the merger rather than devote time and resources to litigation, Quad/Graphics has pushed ahead with its “Quad 3.0” strategy, which focuses on integrated client solutions spanning multiple channels, including print and digital, while LSC filed for Chapter 11 bankruptcy in April amid mounting debt and double-digit declines in revenue in the second half of 2019.

In a video interview with Printing Impressions last week, Quad chairman and CEO Joel Quadracci reaffirmed his position on the DOJ’s decision.

“You have to remember that the government is always well behind what the real world is doing,” Quadracci told Printing Impressions editor-in-chief Mark Michelson. “The DOJ looked at it as number-one and number-two coming together. To them, it was a clear-cut case, and they refused to listen.”

Later in the interview, Quadracci added that he was “surprised” more clients didn’t support the merger.

“It’s incredibly unfortunate for the industry,” Quadracci said. “I was pretty vocal when I was trying to get support in the client community, and we had a lot of supporting clients, but I was surprised at how many took that same view and weren’t really doing the homework to understand what was happening in the industry. There are a lot of people in the industry getting hurt as a result of this. Ultimately, you’ve got to be, at some point, protective of your supply chain.”

At the time, Condé Nast, a major Quad client, and other large publishers including Hearst Magazines and Meredith Corp. all declined to comment to Folio: on the proposed merger. But Quadracci’s statements are notable given the extent to which LSC has reduced its position in magazine and catalog printing in recent months “to align with industry trends,” a shift that has evidently ceded even greater market share to Quad/Graphics.

The pseudonymous writer behind the blog Dead Tree Edition, a longtime observer of printing and postal issues in the magazine industry, offered a particularly blunt assessment in a March column for Publishing Executive, suggesting that in the wake of the failed merger, Quad/Graphics and LSC were essentially creating two separate lanes in which the companies could maintain dominant positions without competing against one another.

“Now it looks as if the eventual outcome won’t be much different from what we feared,” he wrote. “The main difference is that, instead of one giant printer dominating long-run publication printing, we’ll have one near-monopoly for magazines and catalogs and a separate one for books.”