Publishers Prove That Investing in Talent Pays Off
The Atlantic, Time and Active Interest Media illustrate that people are a publisher's most valuable asset. 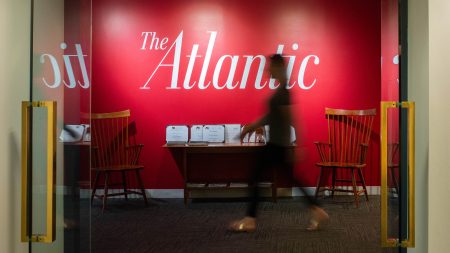 Layoffs are not a new trend in the industry. They’ve become so frequent at both digital and print publishers that the news of new rounds of cuts is almost unsurprising.

But not all publishers are feeling the pressures to cut staff when budgets get tighter and revenue streams become shallow. Some companies are capitalizing on the big return on investment that a strong staff provides, and whether they’re setting aside a specific budget for 100 new staffers or are looking to invest more into the existing in-house talent, these publishers know that people are one of their greatest assets.

“When we announced about a year ago that we were going to hire 100 people, we thought that it would probably take 12 to 15 months to do that,” says The Atlantic president Bob Cohn, and though he now expects that the hiring process will likely extend later into 2019, he still feels that they are on track.

The figure of 100, while pretty, is actually not an arbitrary goal. According to Cohn, while he and his team were plotting their path of expansion, they looked at both their resources and what the estimated cost of talent was going to be and it “got darn near an even 100, so I thought let’s make it an even 100 because it’s a number we can remember.”

Since the plan was announced in February 2018, Cohn says that 60 new roles were created and 80 total hires were made, some of that accounting for normal turnover. At the time of publication, The Atlantic is about 40 hires away from reaching its goal of 100, which would bring its staff from a total of 402 people into the range of 440 to 450 staffers—approximately a 25-percent increase to its staff from when it started.

Time, which boasts a staff of about 170, is looking to add as many as 80 new roles over the next year or two, with half of that number being allocated for editorial. Executive editor Sam Jacobs hopes that the newsroom, which had 110 people as of the closing of Time’s sale to Marc and Lynne Benioff on Nov. 1, will reach 130 by the end of this year alone.

“We’re targeting growth at about 20-25 percent this year, and that’s for full-time [editorial] staff,” he says, and continues that while coverage is spread out across the country, the bulk of Time’s coverage is of Washington, D.C., “so we’re growing a bureau there by about 30 percent in terms of adding new reporters and new editors to help us cover the whole entire political landscape throughout Washington and the country.”

But Time chief people officer Sue Suh points out that while the figure of 250 total staffers is good for planning purposes, they want to be thoughtful about where they’re placing new talent. “And rather than pivot on a number and kick down that number, that’s sort of a ballpark for the amount of growth and we want to be smart about how we grow going forward.”

On a smaller scale, Active Interest Media is also investing in talent, but by recognizing it and capitalizing on it in-house.

In order to avoid the trend of layoffs in the industry, AIM recently underwent a sizable restructure at the start of this year that combined its seven groups down to four, and appointed a president for each of those new divisions. The company’s chief innovation officer and president of the Active Living group, Jon Dorn, says that the reorganization was aimed at streamlining operations in order to execute new initiatives faster and to break up some of the the siloing within departments.

But he insists that even though there is streamlining within the organization, “this is not a prelude to or a masquerade around downsizing of any sort. This is truly about trying to create more speed and decision making and synergy around brands that should be making decisions together.”

Since the reorganization, which initially promoted Dorn, Tom Winsor, Gary DeSanctis and Peter Miller to group presidents, and gave CFO Michael Henry the added title of COO, Dorn says that they have budgeted for 10 to 20 additional positions, which will be recruited throughout the year, and doesn’t account for the normal annual turnover. 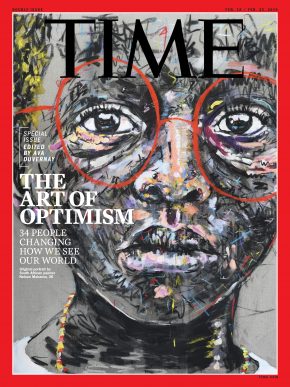 In order to support this investment in talent, both The Atlantic and Time attribute their ability to grow to implementing a startup mentality, where employees are encouraged to “fail-fast and try new things,” according to Cohn.

No longer under Meredith Corp.’s ownership, the leaders at Time have been given more flexibility in making decisions on where and how to grow, as well as which initiatives they want to prioritize. They also have the mantra of operating as a 96-year-old startup.

“Now we’re in a moment of growth and had not been for a little while as we were working on the sale and everything else,” Suh tells Folio:. “There had been positions that were open and we’ve been able to fill and then there are some new positions,” such as hiring a newsletter editor and someone to help grow production in TV and film.

This also meant, though, that a considerable amount of effort had to be put back into filling the operational functions that the brand used to rely on Meredith for. Suh, herself, was actually the first hire made following the sale and she says that her hire proves the company’s mission to invest deeper into its staff. Editor-in-chief Edward Felsenthal was also named CEO shortly after Time was bought, but to date, the other operational hires are still in the process of being filled, including a CRO, which is high-up on the list.

Suh also says that her team feels very lucky to have the Benioffs’ support, because of their generosity in helping the team focus on growth and the general hand-off approach they take when it comes to the editorial-side.

Similarly, after the Emerson Collective, an organization led by philanthropist and investor Laurene Powell Jobs, acquired a majority stake in The Atlantic in 2017, Cohn says that they were given the support they needed to then kick start their expansion plan.

It also helped that in 2010, he says, for the first time in memorable history, The Atlantic turned a profit and has remained profitable since, which he says is on the back of the brand’s digital expansion and Atlantic Live, its events group.

“We like to think of ourselves as a startup nestled inside of a 162-year-old company,” says Cohn. “We’re in an industry that’s constantly changing and being reinvented and if you don’t have a startup mentality where you’re willing to fail fast and try new things, be aggressive, be inventive, then you’re going to be caught flat footed. So we really try to maintain a startup edge even though we were founded in 1857.”

Though this idea of failing fast is not quite the same mentality that Dorn and his team at AIM have when it comes to how they’re financing their expansion plan. He says his team is focused on finding ways to diversify their revenue streams through well-tested and safe investments and that AIM’s existing events portfolio has helped to anchor them during tumultuous times in the industry.

“We don’t go whole hog into a new area until we have tested it and have a good proof of concept around where the real opportunity is. And I think both because we have a very diverse base and because we have selectively invested in pre-tested or pre-approved new ventures, we’ve been able to limit big losses and continue growing in areas that aren’t as challenged as print advertising,” he tells Folio:.

Growing by 25 percent is a large undertaking for a media company, so shortly after Cohn and his team recognized this could become an issue, they set out to create a lab that combines journalistic knowledge with human resources capabilities and could focus solely on talent recruitment.

“It was really this realization that we were never going to be able to do the hiring on the scale that we needed to on the edit side with how busy our editors and managers are,” he says. “All the people who would be doing the recruiting were already fully employed as editors and managers and we needed a superstructure to systematically identify talent and bring them into hiring managers for conversations.”

The Talent Lab was formed less than a month after the expansion plan was announced to help the editorial-side systematically manage their growth and Christi Parsons, who was formerly a White House correspondent for the Chicago Tribune, was tapped to lead the group. Now, she and her three-person team works to identify not only the best talent for the brand, but also works with the groups and divisions looking to expand to figure out what the roles should look like that they’re hiring for. 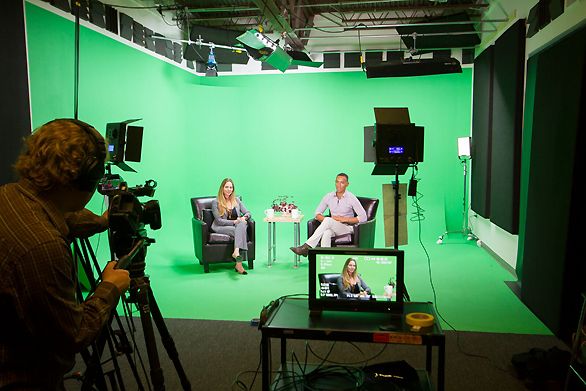 Dorn says that of the 20 potential positions that are budgeted for the year, 90 percent of them would fall into one of the three initiatives that they’re looking to invest in: expanding its events portfolio, launching ad membership programs and launching consumer membership programs–which won’t go down the paywall route, but will offer premium content and services for enthusiasts in addition to their print subscription, like tickets to the company’s film tour and webinars hosted by editors.

Additionally, the company’s in-house agency, Catapult Creative Labs, is another area that Dorn has seen a good ROI and has recently promoted Andrea Kupfer to lead the division, a role he once had.

At The Atlantic, Cohn says that while editorial is an area of major investment—50 percent of the new hires will be for editorial—one-third of the overall 100 will go to the product, growth and data teams, which includes product managers, engineers, data scientists and the audience development group.

This is a “big commitment on our part because historically, they’ve been under invested,” says Cohn, who continues that this divisions growth is so important because they’re the team that is tasked with implementing TheAtlantic.com’s paywall—one of the top missions for the brand this year.

The remaining 20 percent or so that Cohn has blocked off is for every other division and department that is looking to expand. “Every division is growing: Atlantic Live, sales and marketing, our consulting arm called Atlantic57 and CityLab. So pretty much growth across the board.

Though Time has the added tasks of regaining some of the infrastructure left behind at Meredith, the biggest areas that Jacobs sees potential in are its new Health vertical, video and film and events/experiential.

“We think that Time Inc. had an impressive growth in the area of video and film, and we’re starting to build a team here,” he says, continuing that last year Time earned two Emmy nominations and won one the year before.

As for experiential, Jacobs says that there are many opportunities that he sees to expand more meaningfully in the space. Just this week, Time announced its plans to expand its Time 100 Gala into a one-day, invitation-only summit.

“We’re fortunate to be in a position where the brand is profitable. What we’re doing now is reinvesting some of those profits back into its core products, which is of course, our journalism,” he says.