Publishers Finally Find Their Voice in Podcasting
As adoption rates continue to increase, so do the number of effective strategies for audio platforms. 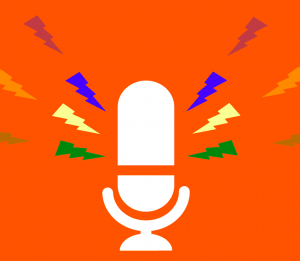 Given the IAB and PwC’s projection that ad revenue in podcasting will at last pass $1 billion in 2021 (up from $479 million in 2018), one would think this medium’s decade-long slow (really slow) march towards some sort of “critical mass” has finally hit its stride. Let the gold rush begin, no?

In reality, any publishing brand looking to enter the podcasting fray will find a host of challenges—from a glut of sameness to notoriously weak discovery and distribution mechanisms. Then there are the woefully imperfect metrics, and the ad models that can be hard to scale.

The path to podcast success is far from clear. Of course, some marquee brands like the New York Times, HowStuffWorks, Slate and NPR represent high-profile successes, each with fleets of content in the space. But we find most magazine brands are taking a more modest and individualized approach to audio.

For instance, Penske’s Hollywood Life, Kalmbach’s Trains Magazine, Bonnier’s Popular Science and Outside Media are all choosing to focus on one (at most two) audio shows for their brand. But in each case, the publisher is coming at it with its own set of goals, content and investment strategies. And they are all trying to find editorial solutions to the clutter of podcast content, much of which is starting to sound the same.

Hollywood Life Takes the Pod Out of Its Box

Several years ago, it was commonplace for publishers to chase podcasting scale by launching multiple shows and hoping to cross-promote discovery among them. But a number of publishers we spoke to are retreating from that plan in a market where discovery is hard enough without fragmenting the audience you have.

“We stopped doing celebrity news because we wanted to hone-in on the celebrity interview and hone-in on one specific channel—go for that niche,” says Ali Stagnitta, Hollywood Life on-air reporter and podcast co-host with editor-in-chief Bonnie Fuller.

There is an abundance of competition in celebrity news, so HL places its bets on a core strength—longer-form interviews that can take advantage of its larger multimedia reach. The podcast is just the centerpiece for a full editorial push that involves a celebrity photo shoot for the site, multiple stories and filmed clips on YouTube. “We have found major success there in the last two or three months,” says Stagnitta.

HL has over 2.7 million subscribers to its YouTube channel, which skews to a younger demo that may not have heard of the media brand but are devoted to the podcast format. “We are being introduced to an entirely new audience, and that has helped us brainstorm where we can contribute to the podcast platform,” she says.

This multi-faceted approach to podcasting pays off in a number of ways. The photoshoots are also “a great way to create relationships with the talent,” she adds, explaining that it gives celebrities more reason to sit down for an interview and it leaves those subjects with large social followings of their own new assets to use, which then allows for cross-promotion with Hollywood Life. For HL it gives them troves of exclusive celebrity content as well.

Stagnitta admits that “growing an audience is something we still struggle with,” and the search for sponsorship continues. But the cross-platform, multimedia approach has given the brand the podcast bug. “We are looking to develop a second or third one using our staff knowledge about pop culture,” she says, such as a Hollywood-themed foray into the true crime genre.

Enthusiast and hobbyist publisher Kalmbach Media seems to have tripped into an audio strategy after getting traction for its weekly “Trains News Wire” roundup on YouTube, produced by Trains Magazine.

“One of our executives said, ‘Hey, these would make great podcasts,’ so we ripped the audio,” says Steve Sweeney, digital editor. Then, Trains followed it up with a secondary podcast featuring columnist Brian Solomon, appropriately titled “Conversations with Brian Solomon.”

In both cases, Kalmbach eschews the tendency for current podcasts to run on seemingly without end. “Trains News Wire” is, on average, six minutes long and Solomon’s conversations with editors and other professionals in the field typically stay under the 20-minute mark.

“We want to respect people’s time,” says Sweeney, as well as the expertise of the enthusiast audience. Having just one editor deliver the news briefs felt too hurried, so they have two editors interacting. “It’s the kind of conversation we would have with any of our audience if they dropped by our office.”

The audio program is only a couple of years old, and Kalmbach is not monetizing it yet. Investment is modest—an audio booth in the office and the print editor setting sound levels. “We need some more work with that,” Sweeney admits.

But the payoff in having Trains Magazine personalities present in audio, on Facebook Live and on YouTube is paying off nonetheless. “We are doubling down in engagement,” Sweeney says. “[Readers] understand we are ready to be wherever they are.”

And sometimes it results in surprising moments of celebrity. Sweeney’s FB Live appearances have made him recognizable enough to readers that he has been asked to take a selfie at industry events. “That is unreal,” he says. “I never imagined I would be asked to do that.” 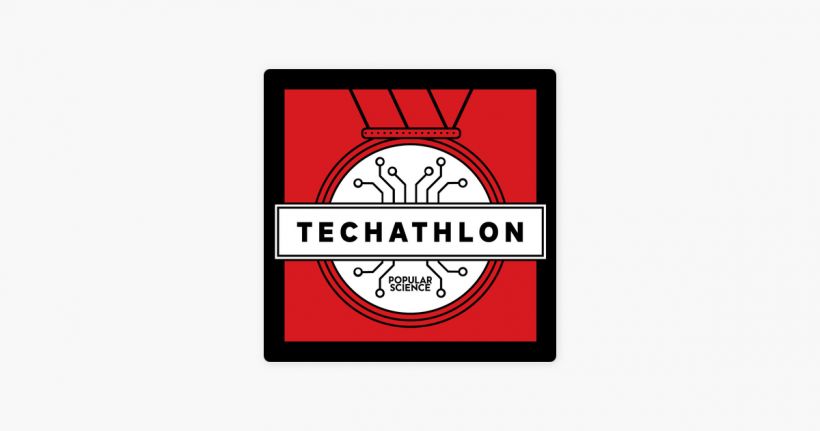 As the medium evolves, one thing that is becoming clear to many publishers is that a podcast is not a magazine or a website.

Like HollywoodLife, Bonnier’s Popular Science brand had a straightforward news podcast that it decided to scrap in favor of new formats that were inspired by its current success, “The Weirdest Thing I Learned This Week.” With an average about 37,000 downloads per episode, and in its second season, “Weirdest Thing” follows several PopSci staff down wild science wormholes that they fell into during their research.

“We found that friendly competition was engaging,” says executive editor Corinne Iozzio. “And because each person was bringing their own knowledge, it allowed the listener to share in their journey.”

And so the recently launched “Techathlon” reformatted the old news podcast into a series of news-related quizzes and games for several staffers. “We refer to it as ‘Wait, Wait, Don’t Tell Me’ but about tech,” she says. In just three months, its audience is already surpassing the old news show.

By staying focused on innovating editorially within its niche, PopSci is able to market these shows successfully to its digital readers. “Weirdest Thing” is on its third live, paid event, which has sold out. Currently, the podcast episodes are monetized through direct relationships with sponsors, as well as through dynamically inserted podcast ads on Spotify’s Anchor platform, which Iozzio says matches spots to content well. “They have a good CPM, and we’re happy with the partnership.”

In a cluttered, discovery-challenged podcast ecosystem, PopSci finds most of its success “engaging with digital readers where we have them. The more we promote on our own channels, the better we do.”

But while the audience may be the same, she feels the key to the podcasts’ popularity is not simply projecting the same content into a new medium, but to understand the channel’s native strengths. “The right content on the right platform,” she says. “We don’t try to turn every story into an Instagram post or try to turn magazine content into a podcast.”

Outside Media: It Takes a Storytelling Village

Outside Media’s senior executive editor, Michael Roberts, is glad he doesn’t have to launch the three-year-old “Outside Podcast” today.

“Growing audience is very difficult,” he admits, and it takes a long runway because all of the usual audience development tools for print or social media just don’t work here. “You have to reach an audience who is already listening to podcasts, and this can be a slow process. They still grow by word of mouth.”

Without a fleet of its own shows through which to cross-promote, Outside finds that content swaps with other podcasts are critical. That’s where the listeners already live and crave the format. Its distribution partner PRX has been especially helpful in cultivating those relationships with other podcasts.

Not fragmenting an already slow-growing audience is also critical. Outside’s approach still starts with storytelling quality and flexibility. They focus on a single podcast, but it’s highly produced and contains a range of different story types like interviews, news items and ongoing series like “Science of Survival.”

“We see there is an appetite for all sorts of long form and service content,” Roberts says. They rejected the temptation for spinning off into podcasts dedicated to different genres. “We wanted to have one space for our audience to come to for audio, and this for now is working for us.”

Outside’s devotion to high production values and storytelling even shapes its successful in-stream ad spots, which are custom-made. A current “pre-roll” spot for Adidas sounds more like a reported story, complete with an interview with the advertised shoe’s designer.

“That has differentiated us in the market,” says Roberts. And, he claims “we are absolutely, and healthily profitable.”

Brand advertisers like Adidas and Bob’s Red Mill foods are edging into a space that traditionally attracts direct marketers. Podcast spots are part of a multi-platform ad buy and “now conversations are often starting with podcasts.” This has moved Outside to accelerate its usual biweekly schedule to weekly at certain times in the year to satisfy demand from advertisers.

Roberts admits that the kind of well-produced storytelling that has been a hit with listeners and advertisers is neither cheap nor easily scaled. Even on a weekly schedule, there is only so much inventory, so for Outside, the path of growth is probably via branded podcasts for clients or shorter one-off series.

While challenging to scale and distribute for now at least, Roberts recommends all publishers listen to podcasts, in part because the medium reconnects us to the basics of media. “This is going to improve our storytelling at Outside,” he argues. “This is how human storytelling started–oral tradition.”

To learn more about creating new revenue streams through audio platforms, be sure to attend the “How to Extend Your Brand and Make Money With Podcasting” session at the Folio: Show this October at the Hilton Midtown, NYC.