Email Lists Are About Quality Over Quantity
With tighter restrictions on the horizon, it's time to clean things up.

Size matters. At least when it comes to your inactive email list.

That’s a message Google and other email providers have made loud and clear to publishers with bloated email lists.

Email deliverability is an ongoing concern in publishing as spam filters become more selective, which in turn are impacting IP reputations. It goes without saying that this is a big deal, but it’s something most publishers should embrace.

“Email marketing is a quality, not a quantity game,” says Brian Riback, director of email marketing at Arizent (recently rebranded from SourceMedia). “I’d rather have 1,000 active users than 100,000 that don’t open anything. But you often run into a culture where the larger your list the better, but statistically speaking that doesn’t work. It causes nothing but deliverability problems and you start to see yourself being black listed.”

Of course, the definition of inactive varies from company to company. Riback says Arizent considers somebody inactive after 180 days without opening an email. Likewise, this is true at PMMI, according to Elizabeth Kachoris, director of digital and data. However, that measurement also includes website visits and isn’t limited to email. Conversely, Joe Webster, vice president of marketing and audience development at SmartBrief, says his company considers somebody inactive after a full year, at which time they are no longer contacted.

Yet, in Webster’s case a lot happens prior to that one-year engagement hiatus. In other words, SmartBrief is doing its best to connect with readers who haven’t engaged for 30, 60 and 90 days.

“We have had a significant effort underway for the past 18 months focused on how to reduce churn and keep somebody from becoming inactive,” Webster says. “We have built in an automated process where if you go inactive after the first 30 days we send varying messages asking why in order to get reengagement that way.”

He also implies that by 90 days the chances of reengagement become much slimmer, so the 30- and 60-day efforts is where the company is “putting most of the muscle.”

Both Riback and Kachoris also agree that automation is one of the best tools at their disposal to wake up a dormant user. And the most successful reengagement campaigns implement a number of tactics.

“We use a marketing automation program that tries to be businessy and clicky because we don’t know exactly what people are responding to,” Kachoris says. “Six months is kind of an arbitrary number so one thing we do is offer them free downloadable content in exchange for no data. We want them to open the email and not drop off the list.” 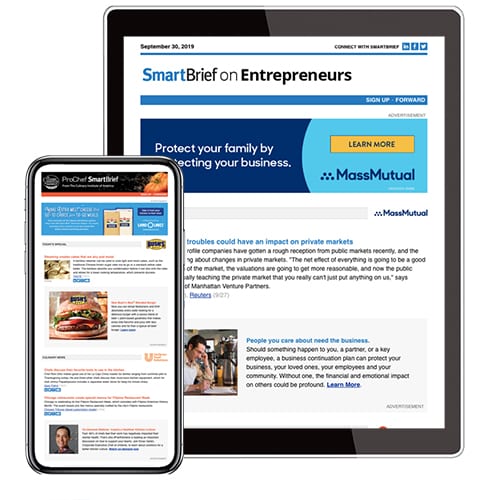 For SmartBrief, who distributes 275 e-letters into several markets, Webster says its the messaging itself that is critical.

“We test messages on an ongoing basis and are somewhat specific to an industry,” he says. “Certain kinds of messaging may work better with small businesses than they would say in financial services, so we tailor everything by market.”

Ultimately what this all comes down to is being proactive in your data hygiene approach.

“Your IP reputation is everything and you have to protect it all costs,” Riback says. “There’s no excuse to not have healthy data. You have to keep it clean in real time.”

At PMMI, list hygiene is something the company is boastful about internally and externally. Not only has its list been 100% opt-in “for years,” but Kachoris says that keeping it clean is an ongoing project, and can sometimes be as granular as looking at each individual signup.

There’s more at stake than deliverability and IP reputation though. This shift towards quality over quantity will be important for advertising partners as well, especially as third-party cookies are phased out by Google.

“If the money is going to shift from third-party cookies on exchanges to direct or private sales with publishers, then the investment will be in first-party data that’s clean and accurate, and can be sliced and diced and leverage,” Webster says.

And for companies like SmartBrief, Arizent and PMMI, the quality of said data is a component of the sales pitch itself.

“Our sales people have been talking about the quality of our list for years,” Kachoris says. “Our advertisers know that about us.”

While the professionals we spoke with have already taken progressive steps in maintaining the quality of their lists and strong IP reputations, that isn’t the case across the publishing industry. And for the latter, a day of reckoning may come if changes aren’t made soon.

Gmail has begun penalizing email senders more heavily for subscribers who haven’t opened or clicked a link in more than 6 months, observed Chad White, head of strategic research at Oracle Marketing Cloud, in December, leading to spam folder placement and reputation drop. “Even the slightest shift in placement and open rates can have a big impact on the bottom line,” he warns.

“Our publishers and our sales team have a love/hate relationship with our list size,” Webster says. “We want high click-through and open rates, so we have to be cognizant of our list size. If you’re a publisher selling on the fact that you have an email list size of say, 500,000 but an open rate of 12%, you’re the one who will be impacted.”

Kachoris agrees with the sentiment that there will be winners and losers.

“I think this is good for the industry overall,” she says. “It allows us to think about what our goal is as publishers. We [PMMI] are poised and ready, but those publishers who haven’t been paying attention may have a rough go of it.”

For Riback, he suggests the real winners are marketers.

“Email marketing professionals have been trying to do this for years but have not been allowed, but now we have the upper hand,” he says. “This gives us a voice we never had. And the best part is it doesn’t change my game at all.”