Biting Into the Post-Cookie Era
Despite some uncertainties, publishers have an opportunity to return to their roots thanks to Google. 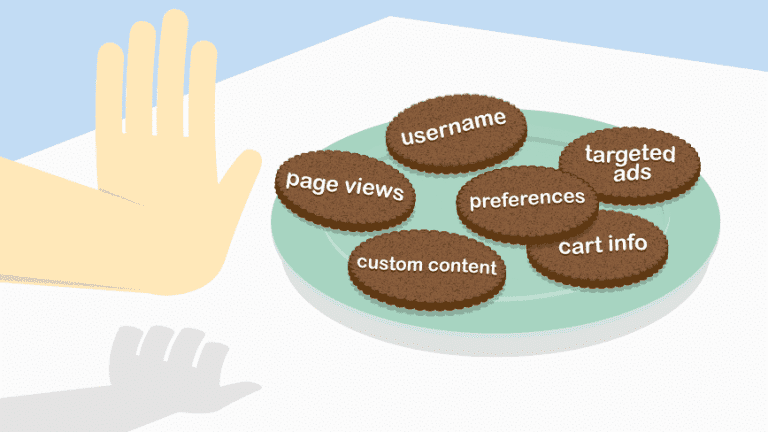 My former colleague and long-time min editor Steve Cohn was fond of characterizing the magazine industry as a “people business.” I believe he meant a number of things.

On the most basic, transactional level, much of the trade was centered around a small patch of Manhattan real estate where everyone seemed to know one another, and regularly ran into each other at any number of watering holes or subway stops. A lot of large and small things got done in these sometime impromptu meet-ups. People were hired, companies merged, stories were given inspiration and later written and jealousies were stoked just by the core intimacy of the industry.

But on another level, the “people business” of magazines was about creating a real connection with our audiences. The great periodicals of pre-mass circulation America like The Atlantic, Harper’s and Scribner’s spoke directly to the “gentle reader” in their pages.

This highly personal mode of address carried over into the more raucous golden age of mass-consumer magazines in the tradition of the “letter” from the publisher or editor that opens most print magazines to this day. It’s hard to imagine in the age of streaming video and algorithm-driven media rabbit holes.

Today, subscribers have been largely replaced by eyeballs, where readers are “users” and where audiences are “data.” Let’s not mince words: the very nomenclature of digital media has always carried with it a tendency to dehumanize and mechanize the people on the other side of the screen. Using rhetoric around “connectivity” and “community” and mistaking performative platforms like Facebook or Instagram as “social” is unwittingly ironic.

At the outer edge of this culture is actually a bit of an effete contempt for media consumers. Whenever they, watchdogs or regulators catch on to the unprecedented, gross violations of privacy that power the new surveillance capitalism, the default response is a backhanded, condescending head pat.

“Sure, we will placate your concerns over privacy and data ownership. We will even remove those ‘cookies’ you have heard so much about. But just remember that you really, really, really don’t want to pay for this content.”

Surveillance is the price of free. Yeah, the ironies of digital media really do pile up, don’t they?

All of this comes to mind as Google recently announced it will phase out third-party cookies in its Chrome browser. Some industry pundits seem to be pulling their hair out over the “demise” of DMPs, ad tech and even media as we’ve come to know it. Others are reassuring us not to worry. Ultimately, this is a good thing for media, they argue, because it forces publishers to expand and enrich their “first-party data.”

They’re probably right, of course. As traditional third-party cookie data dwindles in the market or gets replaced by other more generalized data layers, marketers may have to work directly with publishers and not behind the usual walled gardens in order to get the depth of audience intelligence and targeting they crave.

Good for us… I guess. If you cut through the digital jargon, you can see this renewed focus on first-party data as a return to the gold standard magazines always held as their core value propositions—people. Their value in the marketplace was only as great as the quality, depth and accuracy of what we quaintly called “the list” back then.

Google’s announcement affords a bigger opportunity for publishers. The ad-industrial complex considers first-party data a rough proxy for “people,” except they don’t know how to say that or what it actually means to interface with, you know, people. The basic business models of Google and Facebook have been built by engineers for the express purpose of minimizing the system’s need for direct contact with humans. Which is to say that human interaction with customers is a direct threat to their business models.

This shift should call attention to just how distended we have become from our audiences, the kinds of barriers we have put between us and them. Over the last two decades, the sheer scale of intimate, indiscriminate and invasive data collection we allowed to take place on human beings we used to call our “readership” should leave us cowed and ashamed.

Responding to Google’s emerging post-cookie model by vowing to focus on first-party data is really just doubling down on digital media’s original sin—seeing people as data. This just invites us to engineer clever ways of luring people into triggering ever more “data points” rather than telling us who they are. Of all people, magazine folk should appreciate that language, word choice and metaphors matter, both in the way we think and act. That is why I find all of this talk about first- and third-party data a bit maddening. It extends rather than remedies the central weaknesses of digital media and ad systems—abstraction and shallow understandings of human behavior—the whats, not the whys.

Remember when editors and publishers could tell us who their reader was as if describing a close friend, rather than a spreadsheet? They could tell us what mattered to him or her, and why. These are levels of understanding that first-party data neither touches nor aspires to. This is understanding grounded in the relationship skills that Google and Facebook algorithms are designed expressly to skirt and magazines and legacy publishers traditionally optimized.

I think Google’s nominal retreat from cookie-based surveillance is more than an opportunity for publishers to “leverage” their first-party data. It is more of an opening to reassert the meaning and value of genuine relationships with readers. The kinds that come from lively exchanges between editors and pissed off readers. The kind that happens in reader panels. The kind that happens at events. The kind you get from a reader takeover of your Instagram. The kind you get from asking questions of readers… and following up with more. Focus on the real human relationships with your audience and legitimate, earned opportunities to gather data will likely follow.

Data is very good at telling us what people do. I am not convinced it is very good at telling us who they really are and especially what they want to be. That last piece—who someone wants to be—is one of the special magazine qualities digital measurement misses. Traditionally, magazines were aspirational vehicles for readers. The “Man Who Reads Playboy” rarely could afford the clothes, cars and gadgetry featured in the style articles. Part of the pleasure of magazine reading was dreaming upwards. Digital’s focus on immediate behavior and serving short-term needs over long term wants, misses this aspect of our nature.

Over the next two years, Google says it will be exploring new post-cookie models for monetizing user behaviors without compromising user privacy. Notably, nothing in their blog post suggests how consumers will control the experience or even what benefit it has. I guess we should be happy that the gift from Google is that they won’t spy and squeal on us with quite the same granularity and rigor. But the real reason Google doesn’t talk much about consumer benefits from all of this is clear: they don’t care.

Yes indeed, publishers should gather up all of the first-party data they can. They should “leverage” every iota of it to “monetize users” at every click opportunity. Perhaps at the same time this industry could do something no one else in this data-obsessed “attention economy” is doing: standing up for the humanity of readers, the aspirations of discrete audiences and the people business