Post Chapter 11, RDA Looks for Turnaround
“When the dust settles, we’re going to be a quarter of the size we were." 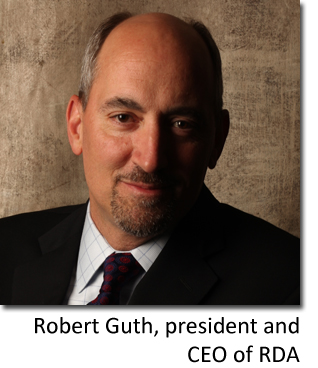 Upheaval has been a defining characteristic of RDA Holding Co. for the last three years.

There have been two bankruptcies, the company's revenues have been cut by more than a half a billion dollars and key business units have been sold off. Three different CEOs have overseen the changes.

RDA is now set to emerge from Chapter 11 in late July with about $100 million in debt. That's down from around $500 million at the time of the latest bankruptcy filing and $2.1 billion less than the first time around.

Robert Guth, president and CEO of the company since late 2011, has been orchestrating a strategic turnaround against that backdrop, betting on discipline and exclusivity to stabilize the 91-year-old name brand.

He says the company will return to profitability next year.

"If anything had taken away from [our core business] over time, it was just a lack of focus," Guth says. "I think there was an anecdotal view that the publishing sector in general was going to continue to decline and therefore we needed to do other things to offset that. There's nothing wrong with that philosophy—a lot of successful businesses have done that—but in our case, all those other pursuits accelerated the decline."

Part of Guth's strategy has been to divest those ancillary lines of business. Among other changes since he arrived, Everyday with Rachel Ray and Allrecipies.com were sold to Meredith in separate deals, 150 staffers were laid off and it was announced that the company would license its international operations.

The other part of the strategy has been in recalibrating its core.

Reducing Rate Base and Going Customer-Centric

The majority of the changes announced as part of RDA's emergence from bankruptcy are aimed at the company's flagship title and largest single piece, Reader's Digest.

Most notably, the magazine is slashing its rate base by 45 percent, dropping from 5.5 million to 3 million in a move that's intended to reduce dependency on underpriced agent-sold subscriptions. The cut will be phased in through the rest of 2013 and take full effect January 1, 2014.

"Historically, [the profitability of] virtually all our titles came from the subscription base, not from the advertising base," he continues. "By pursing a rate base almost blindly, you lose the ability to have a profitable subscriber base because you rely on agents and you end up at the least common denominator of those agents' pricings."

Though Reader's Digest had kept circulation steady at around 5.5 million over the last three years, the numbers show it increasingly turned to agents and discounting to do so. Average annualized subscription prices fell by more than $4.30 or almost 25 percent since 2010, by far the largest drop in its competitive set, according to the Alliance for Audited Media.

There's no new price point yet, but enforcing pricing discipline will be a big part of the plan moving forward, Guth says. Too many buyers were waiting for the discounted offers.

With a more profitable customer model in place, Reader's Digest is going to focus more on audience development through product enhancements.

The magazine will undergo a redesign in late 2014 that will include a cover change, a cleaner navigation experience, increased ad spacing throughout the book and a content shift toward more national interest stories. A new mobile design is also slated to be announced later this year.

Those changes come after Reader's Digest moved from 10 to 12 issues annually for 2013 and follow investments in the Taste of Home product, RDA's second-largest title.

RDA is also changing the ad sales model for its flagship title.

Reader's Digest will cut the number of ad pages in each book, moving to an 80-20 edit-to-ad ratio, while offering category exclusivity for partners. No more than four advertisers of any given product category will be in each book.

While limiting ad space is a hallmark of the new strategy, moving from 10 to 12 issues per year seems to run counter to that goal. They're cutting inventory in one place and adding it in another.

Guth disagrees though. It goes back to the consumer-centric model.

This year's product improvements to Taste of Home—which included a content expansion, perfect binding and heavier stock sections—resulted in a 14.2-percent ad page bump in the first half, per PIB.

While Reader's Digest's decrease in inventory makes increasing ad page counts impossible, the company is hoping for a similarly positive reaction from advertisers.

The changes aren't over—advertisers haven't weighed in yet; more than half of RDA's international license deals are still pending—but Guth says the company's core is going to remain stable for the foreseeable future.

"This is a company going through a massive transformation," Guth says. "When the dust settles, we're going to be a quarter of the size we were two years ago. And you don't go through all that without some amount of change."