Plastics News Makes Move to Detroit
PN is centralizing services and relocating staff as it expands beyond print. 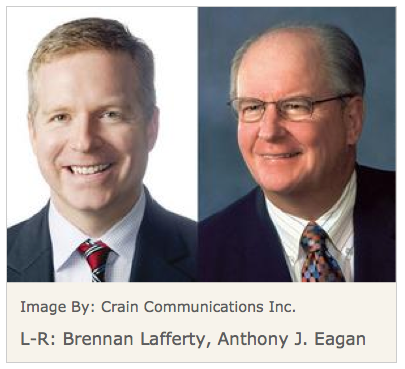 A corporate handoff and move to relocate mean big changes ahead for plastics publisher Plastics News.

Employees of the Akron-based b-to-b weekly, owned by Crain Communications, will leave for corporate headquarters in Detroit by Nov. 4 before current publisher Anthony Eagan steps down from his post. Waste & Recycling News’s former publisher Brennan Lafferty will take control of the brand on Jan. 1, 2014.  Waste & Recycling News ceased publication on Aug. 5.

Crain says the move will help the company centralize some services. Key members of the magazine’s 31 current employees, including the associate publisher, advertising director and editor, will make the move, but not everyone will be given the option.

“Some people have been offered the opportunity to move to Detroit. Other folks there will be working out of their homes,” says Lafferty. “A handful will be replaced by new hires.”

According to Lafferty, the publication plans to hire approximately a half dozen new editors, marketers and reporters.

In addition to the weekly print publication and website, the brand also offers various email newsletters, a sponsored webcast, regular market research reports, a tradeshow and multiple conferences. In Detroit, the publication will also have access to the company’s video production studio.

Though Plastics News has plans to expand their digital capabilities and event business, Lafferty holds that the print product remains their priority.

“Print is still the largest source of revenue for Plastics News and we expect that to continue in the near future and even in the medium future,” says Lafferty. “The plastics industry is a mature industry and that tends to mean our customers in this space prefer a print product.”

The 45,000-circulation publication began moving in late July and will finish relocating after the K 2013 International Trade Fair to be held in mid-October in Dusseldorf, Germany. Plastics News has future plans to collaborate with its sister publication, European Plastics News, to further its global reach.