Inside Pitchfork’s New Podcast, “The Pitchfork Review,” With EIC Puja Patel
A Q&A on the music publication's dive into audio, Patel's vision for the site, navigating the pandemic, an overdue reckoning in media and more. 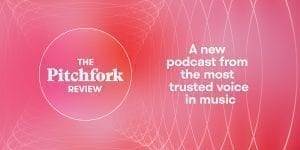 Among the revelations from Condé Nast’s virtual NewFronts presentation last week was the launch of a dedicated podcast network, including seven new audio series tied to various brands in its portfolio.

One of those, “The Pitchfork Review,” debuts next week, comprising a weekly series hosted by Pitchfork editor-in-chief Puja Patel and featuring “intimate conversations” with the music publication’s editors about new releases and news and trends impacting the industry.

“I’ve been extremely eager for us to get a podcast going since I first landed here,” says Patel, the former editor-in-chief of Spin, who joined Pitchfork as EIC late in 2018. “It feels to me that Pitchfork should be a listening experience. Given that we are a music publication, it only makes sense. But I think what we are trying to get across with the podcast is really a kind of augmented, behind-the-curtain look at what happens with the site, across features, across reviews, and across some of the myth-making of how [album] scores happen, as well.”

If the podcast’s title sounds familiar, it’s because it’s the same as the title of Pitchfork‘s highly produced but relatively short lived quarterly print edition, which was discontinued after 11 issues in 2017. But despite the name, the regularly scheduled frequency and the in-depth discussion, Patel says it’s not simply a matter of applying the print magazine format to a new medium.

“It definitely has more urgency to it,” Patel tells Folio:. “It’s pointedly every Friday at midnight, so that everyone who is desperate to hear from their favorite editors about the new album can. But I would say [the title] is half coincidence and half a bit of a wink.”

In any event, we wanted to learn more about the new podcast and how the now-25-year-old outlet has navigated the past few months, so we spoke with Patel for the interview below, lightly edited for length and clarity. 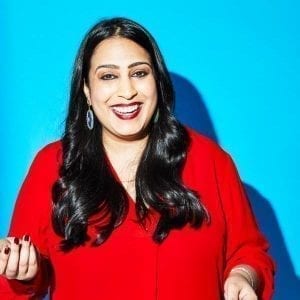 Folio: What can you tell us about the new podcast? What should listeners expect?

Puja Patel: The programming will really be a mix of discussion between myself and other staff writers, editors and contributors, covering the biggest story in music that week, or a release that we are really excited about and think people should delve into deeper, or even kind of retrospective stuff, things that are parallel to the “Sunday Review,” which is our weekly look back at iconic albums.

The TikTok episode is a great example. You think of Pitchfork, you don’t necessarily think of TikTok, but that episode is a way for us to explore how this very Gen-Z, extremely important music platform is now informing the charts, informing the way that social justice movements are being explained among young people, and how music is going viral and artists are relying on this ephemeral, 15-second thing to make them relevant in this day and age, which is crazy to think about.

Another episode we’re doing will be taking a look at the Brookyln Drill scene, which is this emerging rap scene based in New York. Pop Smoke, who recently passed away, was a central figure in that scene, so we’re going to be talking with some of our rap critics about his rise, that movement, how it’s become kind of this forward-facing music within protest culture right now.

Folio: It sounds like it’s a way of serving the hardcore Pitchfork fan with a little bit of a deeper dive. Is that a fair assessment?

Patel: I would say that it’s definitely for music obsessives, but also for music curious people. Pitchfork has often had this reputation of being a little closed off, of being a little opaque in how we discuss scores around music, and I think part of this podcast’s goal is to be a little more conversational and transparent and bring you into the conversation, instead of decreeing it to you.

Folio: How do you determine the right stories to tell or explore in these weekly episodes? What lends itself well to audio?

Patel: That’s a great question, and I think it’s a really hard thing as an editor to figure out sometimes. What we’ve kind of figured would make a good podcast episode has a lot to do with the want for rapport, the want for having a discussion, whereas a written piece is very clearly edited to argue one singular argument. The podcast allows for some banter. It allows for debate. It allows for people who are both fans of the same thing to have opposing or kind of collaborative ideas.

This is what we all came into music criticism to do, to listen to music and then talk about it. So often, when we’re writing, it’s a very insular or person-to-person experience from the writer to the reader. I feel like the podcast allows for you to feel like you’re sitting at the bar with a bunch of friends talking about the new Lana del Ray album. It should be something that warrants a conversation and leaves you wanting to continue that conversation elsewhere.

Folio: You’re about a year-and-a-half into your tenure as EIC, having taken over for a predecessor who had basically been running the site since the beginning. How have you approached staying true to that legacy while also making your own mark on the publication?

When I came to Pitchfork, I basically wanted us to evolve the idea of what Pitchfork was. I wanted it to be less cemented to being this pretentious, singular, score-driven entity, and more of a place that felt extremely inclusive, extremely accessible, extremely rooted in discovery and what discovery can mean outside of just the go-to indies. Are we watching Soundcloud and Bandcamp? Are we going to shows? Are we listening to as many people as possible to try to expand what our taste is and have a better grasp of what is happening in the world at large, via music? It’s not an easy task, but we’re keeping at it and we’re getting there.

Folio: Has that been especially challenging over the past few months, during the pandemic?

Patel: It’s been tough for everyone. At the same time, I think we tried to adjust as best as we could and as quickly as we could, and everyone on our team really rallied to do so. It’s crazy what a crisis will do. Our festival team had to shut down the festival because of COVID, and then simultaneously launch this livestream series called “Listening Club.” And then we also launched an Instagram Live music series, but in doing so, allowed for our audiences to donate to a charity of the artists’ choosing.

So we basically realized that we were going to be hit, definitely, but also that our community and our audiences needed us. All of those people who go to see live music as a point of release or emotional catharsis or just joy still needed all of those things. Artists were desperate to give that to them, and then also try to support the communities that are affected by not being able to tour or produce events.

It’s been tough, but at the same time, I feel like everyone really tried to put all of their energy into doing what they could to help. Our staff writers did the same thing. Everyone reported on what was happening to record stores, to festivals, to indie labels, to venues, and then provided music recommendations for people who might be going through a tough time right now. Everyone activated in a really inspiring way.

Folio: Did it impact the launch of this new podcast?

Patel: No, we were planning to launch in July from the beginning. I will say it has made recording very interesting. A box of equipment arrived at my apartment, and I have met some of our producers over Zoom. They’re incredible, but it is really interesting to entirely produce a show over Zoom. It’s one of those everyone on the team pitching in situations, everyone’s just really trying to DIY it together into something that ultimately sounds like it was recorded in the office studio.

Folio: In one of your early editor’s notes from last year, you mentioned that you came into Pitchfork during a “wave of overdue reckoning” in the music industry. Clearly we are in the midst of another overdue reckoning, not just in the music industry but in media and society in general. From that standpoint, what has the past month been like for you, as a woman of color in a leadership position at Condé Nast?

I will say that for us, it’s extremely important to recognize that conversation. When the protests started happening right after the death of George Floyd, we immediately pivoted as much of our resources and coverage as we could towards focusing on what was happening in the world. How do we cover the protests and explain that music has inherently been a mirror of the cultural forces in the world? How do we elevate Black writers and Black voices? How do we basically do everything that we can as a site to show that we find this important and want to be engaged with it?

As a woman of color, I’ve had these conversations in every job I’ve had, every single day, about every sort of coverage. I think it’s been a little bit difficult for other people to start having them for the first time with this kind of urgency. It’s been necessary, and honestly, I think our staff has embraced it and we’re actively trying to show our support through our coverage as best as we can.

Folio: Does this moment feel different?

Patel: Absolutely. I feel like now, the conversation around race and around specifically the Black American experience cannot be ignored. That, to me, that feels like some relief, but there’s a lot of hard work to be done for media everywhere. I feel like it requires time, money and education, and in an economic downturn it’s hard to see where that will come from, but it’s also wholly unsurprising that those two things happened at once.