Though the struggle for market dominance between Android and Apple continues to rage on, it seems the former has won the latest battle in the war of scale. According to a new report released today by the Pew Research Center’s Internet & American Life Project, there are currently more Andorid cellphone owners than there are iPhone owners.

While device preferences are consistently changing, there has been steady growth in the number of American adults acquiring smartphones. A majority of the American adult population now owns a smartphone of some kind, with 56 percent of those surveyed now adopting some kind of smartphone. That number represents a 21 percent increase over the last two years. 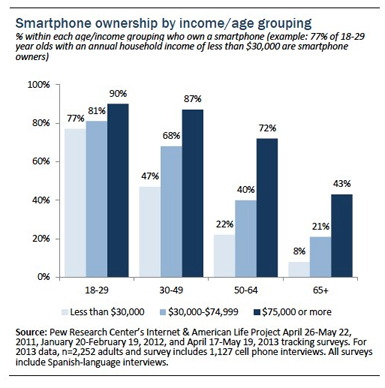