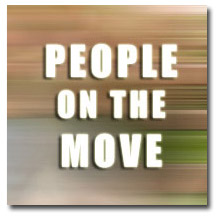 Juliet Lapidos joins The New York Times as an editor. She comes from Slate as a culture editor.

Also at The New York Times, Mary Pilon, formerly a money correspondent at The Wall Street Journal, is now a sports reporter as of next month.

Law 360 welcomes Jake Simpson as a reporter. Simpson most recently served as a reporter at Compliance Reporter.

At MSNBC.com, Michael O’Brien is now a politics reporter. He previously served as a staff writer and a political reporter at The Hill.

Chloé Harris Frankeny is named executive editor at 7×7 Magazine. She comes from StyleBistro as managing editor. She will be replacing Robin Rinaldi, who recently left the publication.

Mint.com welcomes Janet Al-Saad as managing editor. Al-Saad comes from PEAK6, where she was director of communications.

Meredith Corporation announced Enedina Vega-Amaez’s promotion to vice president/publisher of the Meredith Hispanic Ventures Group. She joined Meredith in 2006, and is responsible for the re-launch of the Ser Padres brand.

At Reuters, Rebecca Hamilton is named a legal reporter for Thomson Reuters. Hamilton comes from The Washington Post as a special correspondent in Sudan. She will now be in New York working with the news and insight team.

At Food & Wine, Kristin Donnelly has been appointed senior editor. Donnelly most recently served at the publication as associate editor.

groovyPost.com announces Eric Mack as senior editor. Mack comes from BYTE where he was an executive editor for news.

At Bonnier Corp., Ben Rifkin is named publisher of SKI, Skiing and Skiing Business. Rifkin’s promotion comes after almost a decade working at the publication.

Martha Steward Living Omnimedia appoints Sarah Carey as editor-in-chief of Everyday Food. Carey joined the company in 1999, and most recently served as food editor. She will now oversee all editorial aspects of the Everyday Food brand.