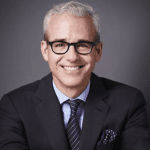 After 32 years with Time Inc. and Meredith, People editor-in-chief Jess Cagle will step down from his role, effective March 31, in addition to leaving his position as editorial director of Entertainment Weekly and People en Español.

During his tenure, Cagle helped to launch EW in 1990 and championed a loyal People audience of over 100 million readers, culminating in a five-year run as EIC. Prior to this role, Cagle was the editor of EW from 2009 to 2014 and started as a reporter for People in 1987.

“This has been a tough decision, but it’s time to do some other things while I’m still young—or at least alive,” said Cagle in an internal memo from Bruce Gersh, EVP and president of People, EW and People en Español. “And it’s time for me to live in Los Angeles full-time under the same roof as my husband and dog. I really cannot express how much this place and these people have meant to me.” 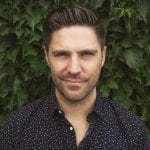 People deputy editor Dan Wakeford, who has been with the brand since the beginning of 2015, was tapped to succeed Cagle. During his time at the magazine, Wakeford oversaw 11 online verticals, including Crime and Style, and lead the coverage of the British royal family. Additionally, he was responsible for developing the Discovery channel crime series, “People Magazine Investigates.”

Prior to People, Wakeford spent over a decade with Bauer Media, where he eventually became editor-in-chief of Life&Style in 2007, and later added on EIC of In Touch to his responsibilities in 2012. 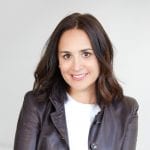 Elsewhere at Meredith Corp., it was announced that Catherine Levene will take over as president and chief digital officer, effective April 1, succeeding Stan Pavlovsky, who is leaving Meredith at the end of the month.

Levene, who joined the company earlier this year as its chief strategy officer, will now be tasked with overseeing all National Media Group digital content and products, strategy, sales and operations. She will work closely with chief data and marketing officer Alysia Borsa, and will report to Jon Werther, president of Meredith National Media Group.

Pavlovsky is joining Shutterstock to take on the newly created position of co-chief operating officer and head of strategic operations, also effective April 1, where he will be responsible for overseeing product, marketing and technology. 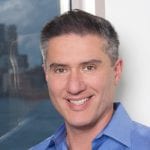 In addition to this, Meredith announced three senior-level publisher promotions for its Shape, Family Circle and Health brands:

Keith Grossman announced in a post on LinkedIn that he is resigning from his role as global chief revenue officer at Bloomberg Media to take on the position of chief operating officer at marketing solutions and technology company Engine, effective April 15. In this new role, Grossman will work closely with global CEO Kasha Cacy to build on the company’s long-term growth strategy, aligning and optimizing sales, marketing and new product opportunities across the business. 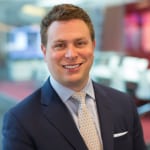 Grossman joined Bloomberg in June 2014 as publisher of Bloomberg Digital and digital products and was later promoted to head of U.S. sales, before becoming the global CRO in August 2016. Prior to Bloomberg, he held publisher roles at both Ars Technica and Wired. “Echoing both my decision to join Bloomberg in 2014 and Wired in 2008, I chose to join Engine because I am excited about its potential within the industry at-large,” he said in the post. 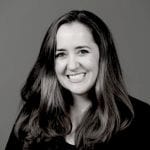 LaFrance, who joined the brand in 2014, previously covered technology, politics and the media, and served as the editor of the Science, Tech and Health sections before becoming editor of the site. In her new role, she will oversee all cross-platform initiatives; and The Atlantic’s video and podcasting teams.

As managing editor, Sharma will guide the site’s daily reporting and will oversee all sections and their teams. Yager will be tasked with leading editorial operations at The Atlantic was well as serve as the primary editorial lead on budgeting and personnel.

BNP Media made two promotions to its C-suite this week. Darrell Dal Pozzo was named chief experience officer, where he will work to enhance all products and services company-wide, with a focus on online development and marketing. And Scott A. Wolters was named chief events office, where he will work to grow and expand the BNP Media events division’s impact on the business.

Pozzo, who joined the company in 2010, previously served as senior group publisher, where he oversaw 11 brands and spearheaded the launch of The Quality Show. Wolters has led the BNP Media Conferences and Events business since 2009 and during that time, the division saw record-breaking revenue growth. Both will report directly to co-CEO Tagg Henderson. 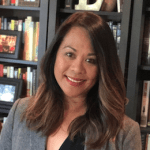 Longtime Variety veteran, Steven Gaydos, was promoted to executive vice president of content this week. Credited with creating Variety’s Features editorial department and its 10 to Watch series, Gaydos is expanding his responsibilities of overseeing the magazine’s key franchises for print, digital and events. Now, he’s also tasked with collaborating with the marketing team to develop new products and events, in addition to developing content for the Variety Content Studio, which he helped launch two years ago. 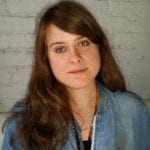 Emilie Friedlander is rejoining The Fader after almost four years as its new editor-at-large, focusing on the print magazine on a freelance basis. Friedlander, who is the founder of events collective and music publication AdHoc, previously served as a senior editor and then the deputy features editor of The Fader from 2012 to 2015, and since then, she’s held editorial roles at Vice Media and The Outline.

Former editor-in-chief of Barrons.com, Greg Bartalos, was tapped as the new editorial director of Royal Media, publisher of Air Cargo World and Auto Finance News. In this role, Bartalos will oversee the content strategy, production and editorial for events. He joined Barrons.com in 2008 and while there, he oversaw editorial content for the site and online community-building initiatives until 2017, when he left the brand.

Newsweek announced that Paula Froelich joined its editorial team this week in the dual positions of editor of Travel and Lifestyle and managing editor of branded and native content, where she is responsible for overseeing the culture coverage for the site, focusing on travel and lifestyle news and trends, in addition to managing the team that produces branded content.

Froelich formerly served as a senior writer for Newsweek in 2014, but earlier in her career, she spent a decade as the deputy editor of the New York Post’s Page Six column and as the editor-in-chief of Yahoo Travel. She has also written for major publications such as the Daily Beast, Playboy and the New York Observer.

Editor-in-chief Michael Gross is reportedly leaving Avenue magazine, according to the New York Post, due to “operational differences” between himself and owner Charles Cohen, who recently acquired the magazine in December and ordered Gross to fire all the full-time staffers as well as contributing writers before embarking on a redesign that won’t complete until the September issue.

The NY Post also reported that Jon Kelly, editor and co-founder of Vanity Fair’s business and media site, The Hive, is leaving Condé Nast to “pursue something new.”  Kelly rejoined the magazine at the start of 2015 to help launch the site, but previously he served as an editorial assistant and then senior editor between 2004 and 2010. Intermediately, Kelly was an editor for Bloomberg, and then a staff editor for the New York Times. The magazine is currently searching for his replacement.

The Weekly Standard’s John McCormack joined the National Review as its new Washington Correspondent and as a fellow at the Institute.

The Washington Examiner’s Al Weaver is leaving to join The Hill as its new national political reporter. He will be tasked with working on the paper’s morning newsletter, the Morning Report.

Keady joins MediaLink after nearly a two-decade-long career at Time Inc., where she most recently served as the SVP of talent and learning & development. In this new role, she will oversee team management, client services and product offerings, as well as also lead searches across the media owner category. Kelly, who previously lead talent acquisition at financial advisory firm Geller & Company, will focus will be on global CEO searches across the media and marketing industries in her new role.

Former AtlanticLive producer Kelly McCoy is moving to ABC to become a producer for “This Week,” according to a report by Politico‘s Morning Media newsletter.