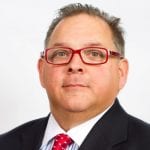 In this role, Andrews will be based at the company’s headquarters in Torrance, CA, and he will be tasked with driving revenue through strategic and tactical marketing and overseeing audience development, event, brand and product marketing.

Most recently, Andrews served as the chief revenue officer of PennWell Corp., where he was responsible for leading the company’s marketing services and sales training. He left the company last year after it was sold to Clarion Events and has over 15 years of experience in senior leadership roles within the B2B media sales and marketing space.

“Paul brings an extraordinary amount of experience in B2B media and executive leadership to our organization,” said Richard Rivera, who was named CEO of Bobit Business Media in November, in a statement. “Marketing is the engine that helps fuel sales and we are fortunate to have someone of Paul’s caliber leading this critical function across our business.” 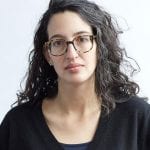 The New York Review of Books named two new top editors to replace Ian Buruma who departed the magazine last September. Emily Greenhouse and Gabriel Winslow-Yost have been named co-editors of the magazine, both of whom have previous experience working at the Review and as assistants to co-founder and longtime top editor Robert Silvers, who passed away in 2017.

Greenhouse started her career at the Review as an editorial assistant, but most recently spent the past three years serving as the managing editor of The New Yorker. She has also previously written for Rolling Stone, Dissent, The Nation and The New Republic. Winslow-Yost, who has spent the past decade with the Review, most recently held the role of senior editor. His writing has also appeared in Harper’s, The New Yorker and the Cut. 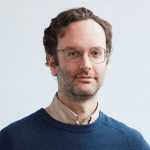 Additionally, longtime contributor to the magazine Daniel Mendelsohn will take on the newly created position of editor-at-large. He said in a statement that part of the newly formed editorial leadership team “has been discussing plans for a festival, regional and international colloquia, podcasts and greater outreach to colleges and universities.”

Leily Kleinbard was tapped to succeed Greenhouse as the managing editor of The New Yorker. Kleinbard, who has served as the magazine’s A-issue editor for the past three years, will take on the role starting in two weeks when Greenhouse officially departs for the Review.

As the A-issue editor, she was responsible for managing various editorial processes as well as the close of the issue going to press that week. And prior to joining The New Yorker, Kleinbard served as a managing editor at Abrams Books and Open Road Integrated Media. 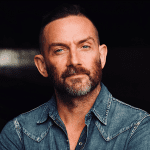 Bruce Robertson was tapped as the new head of creative strategy and development for Meredith’s Four M Studios. In this role, he will be responsible for developing shows from the company’s portfolio of entertainment and lifestyle brands, as well as lead the division’s production group, which is based in both New York and Los Angeles.

Most recently, Robertson served as a consultant for Four M Studios since June 2018, but prior to that, he was the EVP of creative strategy for the unscripted production company Lucky 8 TV. He also previously led the development and creative direction for ITV Studios America where he increased the company’s sales by over 300 percent in just three years.

Former Rodale executive Renee Appelle is joining Vox Media as its SVP of global partnerships. Starting on March 1, Appelle will be responsible for building client partnership, leading the company’s advertising strategy and solutions for marketing partners and building a new sales strategy team focused on a go-to-market approach. 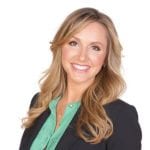 Appelle recently was with Hearst Digital Media where she served as its executive director of agency development until the end of last year. She has over 15 years of experience in the industry, including over five years at Rodale where she rose up to the role of national VP of corporate sales & marketing prior to its acquisition. In that position, she oversaw the corporate sales & marketing teams for both Men’s and Women’s Health, Runner’s World, Bicycling, Prevention and Organic Life, and during her time, she garnered double digit revenue growth.

WWD reported that Town & Country’s creative director at large Nicoletta Santoro has left her role after four years due to the fact that her position has become more of an executive role rather than a creative one. While no immediate replacement has been named, freelancers will take on much of her responsibilities in the interim. Santoro also shared that she doesn’t have plans to rejoin another publication at the time.

Lauren Darling, the magazine’s creative director on the publishing side, who has also held her role for about four years, was also reported to have left T&C. She will be joining art and design magazine Galerie. 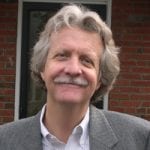 The Weekly Standard’s Andrew Ferguson is joining The Atlantic as a staff writer for the Ideas section. Ferguson, who had been affiliated with The Weekly Standard since its launch in 1995, began at the magazine as a senior editor, and most recently served as its national correspondent until it was shuttered last year. Before that, Ferguson was a staff writer for Scripps Howard News Service and a senior writer for Washingtonian magazine, in addition to serving as a speechwriter for President George H. W. Bush in 1992. In his new role, he will contribute essays, reviews and reporting to both the print magazine and TheAtlantic.com starting in April.

The Atlantic also appointed a new senior editor for the Ideas section. Dante Ramos, who was a 2014 Pulitzer Prize finalist, is joining the magazine from the Boston Globe, where he led its Ideas section. Prior to that, he served as the deputy editorial page editor of The New Orleans Times-Picayune.

And Siddhartha Mahanta announced that he is leaving his role as the associate editor for The Atlantic, where he covered global affairs, to join Business Insider as its features editor. 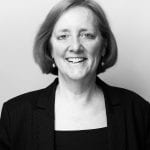 The New Republic named former New York Times executive Kerrie Gillis as its next publisher. Reporting to owner and editor-in-chief Win McCormack, Gillis is taking over responsibilities from former publisher Rachel Rosenfelt, who announced that she is leaving the magazine to pursue new opportunities in California.

Gillis will be tasked with using her recent experience as The Village Voice’s chief revenue and operating officer and her tenure at the New York Times’—where she most recently served as the VP of advertising and sales operations after joining the paper in 1985—to assist in the brand’s transition towards digital-first.

Chris Lehmann was also tapped by The New Republic to serve as a consulting editorial director. He currently serves as the editor-in-chief of The Baffler magazine, where he writes the “The Blessed and the Brightest” column. Previously, Lehmann held positions at Newsday, New York magazine and The Washington Post. 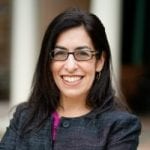 The Forward named Lisa Lepson as its new VP of development to lead its fundraising efforts. Most recently, Lepson served as the chief advancement officer for Jewish management consulting group UpStart, and before that, she was the executive director of Joshua Venture Group, where she led the organization through a four-party merger with UpStart. Lepson will use her years of experience in leading fundraising initiatives and building and developing nonprofit and for-profits companies to work to engage Forward donors, reach new audiences and build innovative partnerships for the publication.

Business.com announced new hires to its management team this week. Wayne Silverman, who has over two decades of experience in strategic business development, is taking on the role of chief revenue officer and Mylene Hendrick, who has held positions at Fidelity, TJX and Target, is the new VP of user experience.

Both Silverman and Hendrick will work with chief technology officer Roy Hwang to work on bolstering the company’s digital marketplace business model. They will also work with the recently appointed COO Aaron Bailey and CEO Doug Llewellyn to evolve the brand and provide new resources to both small and medium businesses.

Madhu Unnikrishnan was tapped as the new editor for Skift’s Airline Weekly. He joins the publication from United Airlines where he worked in corporate communications and prior to that, Unnikrishnan served as the editor-in-chief of Informa’s Aviation Daily.

Former web producer and social media fellow for Washingtonian magazine, Helen Carefoot, started at the Washington Post this week as a lifestyle and editorial aide. She will be writing and assisting with both production and social media.