Palm Coast Data Sold to Irish Magazine Publisher for $1 Million, Plus Rent
The Florida-based fulfillment provider is purchased by a client as former owner AMREP exits the media services business after 50 years. 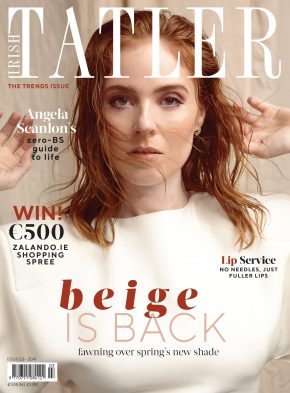 Palm Coast Data (PCD), the Florida-based provider of subscription and ecommerce fulfillment services to magazine publishers including F+W Media, MotorTrend Group and New York Media, has been sold by former longtime owner AMREP Corp. in exchange for $1 million in cash.

Despite operating on both sides of the Atlantic, Studio Media Group signaled a commitment to keep PCD in Florida, signing a pair of 10-year leases to rent PCD’s existing facilities from AMREP as part of the deal for a total annual rent that will start at $1.9 million and rise to $2.5 million by the 10th year.

“This is a great outcome for Palm Coast Data, its employees, clients and the community,” said PCD CEO Rory Burke, who will stay on after the acquisition and report to Irish Studio’s co-CEOs, Ciaran Casey and Katie Molony. “Studio Media Group is a strategic buyer in that they are a media company with a stable of publications and a deep rooted history of operational excellence. They are committed to investing in PCD, bringing to bear capital resources and an acute understanding of the issues that face our clients.”

For AMREP, the sale means an exit from the media services business, a space it had operated in since its 1969 acquisition of Kable Media Services, which it merged with PCD after acquiring the latter for $92 million in 2007. Going forward, AMREP says it will focus on its New Mexico-based land development business, which it intends to expand using proceeds from the PCD sale as well as the rent payments from (or an eventual sale of) the two PCD facilities in Florida.

“PCD staff knows their clients count on them to support crucial marketing strategies employed to grow customer relationships,” added Casey in a statement. “As new owners and stewards, we look forward to building upon PCD’s long standing reputation of operational excellence by investing in solutions and technologies to further serve our clients’ needs.”