Palm Coast Data to Lay Off Staff, Outsource Services and Vacate HQ
The magazine fulfillment provider is downsizing after settling a legal dispute with its former owner. 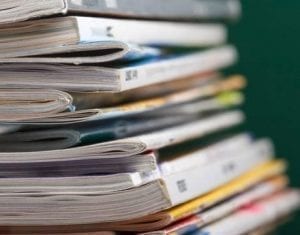 Magazine fulfillment services provider Palm Coast Data will lay off up to 150 of its 400 employees, outsource some key operations to competitor CDS Global and leave its Northeast Florida headquarters for a smaller facility in the region by mid-August.

The news comes shortly after the conclusion of a six-month dispute between PCD’s former owner, AMREP Corp., and its current one, Ireland-based media company and former client Studio Media Group, which acquired PCD from AMREP in April 2019. Under the terms of that deal, AMREP maintained ownership of PCD’s two existing facilities in Palm Coast, Fla., entering into a ten-year lease agreement with Studio Media Group which essentially turned PCD’s former owner into its new landlord.

In December, a subsidiary set up by AMREP to manage the properties filed a civil suit against PCD and Studio Media, accusing PCD of failing to pay its rent on time and seeking to have the company evicted from the properties, according a complaint filed in a Florida circuit court.

In a subsequent January filing, Studio Media responded by accusing AMREP of concealing liabilities and “fraudulently misrepresenting” PCD’s financial standing prior to the sale, claiming they never would have made the acquisition had they known “the true state of facts surrounding Palm Coast.”

The two sides settled out of court in May, with PCD agreeing to vacate the facilities by August 15 at the latest.

In a memo dated May 19, CEO John Meneough informed PCD staffers that the company would be outsourcing its lettershop and “front-end operations” to Hearst Corp. subsidiary CDS Global, reducing its employee base and moving to a smaller space in the Palm Coast area, stressing that the company is not shutting down and casting the changes as a “reshaping of the business,” which will enable PCD to take “a more flexible approach that can rise and fall in line with customer needs.”

On the same day the settlement agreement was filed in court, Studio Media announced its acquisition of Darwin CX, a Toronto-based SaaS firm that provides subscription management software to publishers and membership organizations, for approximately $5.5 million. In the memo, Meneough said the acquisition would complement PCD’s existing client solutions and “reflects the commitment of our leadership team and parent company to the future of Palm Coast Data.”

As recently as 2016, PCD said it provided services such as mailing, customer service and transaction processing to nearly 400 magazines, some with more than one-million copies in circulation. Its current clients include New York magazine, PC Magazine, Smithsonian magazine and Boston and Philadelphia magazine publisher MetroCorp. Another client, TEN Publishing, shuttered 19 of its 22 automotive magazines in December.

Contacted via email last Thursday, Meneough—who was previously CEO of the company from 1996 to 2011 and returned to that role on an interim basis last November—told Folio: that PCD is still evaluating some different locations in the Palm Coast area and “should have everything finalized in a couple of weeks.”

Local newspaper reports have placed the approximate number of staffers being laid off at anywhere between 80 and 150 of PCD’s 400 total employees, and Meneough told FlaglerLive.com that “there will probably be about 250 people left when everything is done,” but he said Thursday that the precise figure has yet to be determined.

“We are still looking at keeping some partial functions here in Florida,” he said.