In One Year, Rate Base Triples for Food Network
Hearst title bumps to 1.25 million with July/August issue. 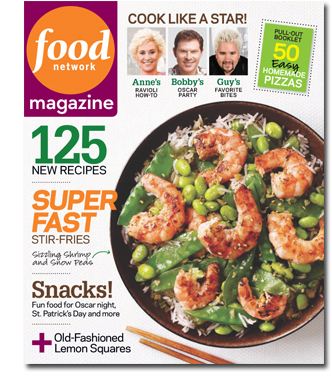 Hearst will be raising the rate base of Food Network Magazine to 1.25 million. The boost will take effect with the July/August issue, and represents 150,000 more copies than originally planned.

Published in partnership with the Food Network, which is run by the Scripps Networks, the magazine was introduced with two newsstand-only test issues in October 2008 and January 2009, resulting in a 70 percent sell-through of the first test issue and more than 550,000 paid subscriptions through April 2009.

This is the third rate base increase post-launch for the bimonthly, essentially tripling the number of copies distributed from its 400,000 debut.

Newsstand sales, according to the December 2009 ABC publisher’s statement, were close to 360,000 at a $3.99 cover price. The magazine essentially carries no verified or public place copies.

"This is proof that readers and marketers respond to great brands," vice president and publisher Vicki Wellington said in a statement, "especially when they offer an original, creative and unique point of view."