Newsweek Retains Poynter Institute in a Bid to Rehab Its Credibility
A little more than a year after its top editors were fired "for doing their jobs," the once-esteemed weekly aims to turn the page. 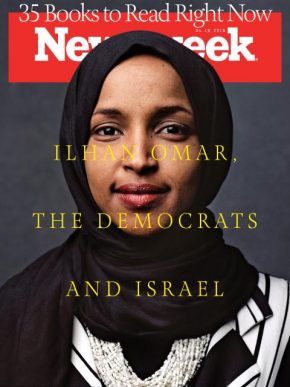 Following a tumultuous 2018 in which its offices were raided by the Manhattan D.A., its editors publicly rebuked its parent company for interfering with their reporting and its former co-owner was indicted on fraud and money-laundering charges, Newsweek is looking for a fresh start.

The 86-year-old weekly has formed a partnership with the Poynter Institute for Media Studies’ newly launched Craig Newmark Center for Ethics and Leadership, under which Poynter senior VP Kelly McBride will work directly with Newsweek‘s editorial team “to ensure that the newsroom is educated in best practices,” according to an announcement released Tuesday.

“At a time when the public’s trust of the media is at an all-time low, it’s crucial for us to be transparent about our processes and explicit in our commitment to integrity,” said Nancy Cooper, who took over as Newsweek‘s editor-in-chief last year after then-EIC Bob Roe and executive editor Ken Li were fired for reporting on the Manhattan D.A.’s investigation of the magazine’s owners and their ties to Olivet University, a California-based evangelical college.

Cooper and six other staffers signed a February 2018 editor’s note alleging “egregious breaches of confidentiality and journalism ethics” on the part of parent company Newsweek Media Group (formerly IBT Media), which at the time also owned International Business Times before splitting it and Newsweek into separate entities last September.

“We believe that subjects of the story were shown parts of the draft, if not the entire piece, prior to publication by a company executive who should not have been involved in the process,” the note continued. “At an on-the-record interview with the subjects of this story, a company official asked editors to identify confidential sources. On-the-record sources were contacted and questioned about their discussions with Newsweek Media Group reporters.”

The D.A. raid and public spat over editorial integrity compounded earlier blows to the magazine’s once-sterling reputation, including a retracted story about the girlfriend of mass-murderer Stephen Paddock in October 2017 and a well-documented litany of other missteps.

Last Fall, former co-owner and IBT Media co-founder Etienne Uzac was issued a 10-count indictment by a New York grand jury for an alleged $10 million money-laundering scheme involving the company (Uzac, who relinquished his ownership stake in Newsweek after its spin-off from IBT, denies the charges, alleging malicious prosecution on the part of Manhattan D.A. Cyrus Vance, Jr.).

Tuesday’s joint announcement from Newsweek and Poynter stopped short of addressing issues specific to the magazine, but did note a general “significant uptick” in the number of journalists contacting Poynter for ethical guidance, adding that the Newsweek initiative is the Newmark Center’s first official partnership since Poynter launched it in February.

“Newsweek is an historic brand in American news and I’m eager to work with their journalists as they explore new challenges,” said McBride in a prepared statement. “Under Nancy’s leadership, the editorial team has delivered important news on everything from politics to culture to healthcare. I’m excited to support their work and mission.”