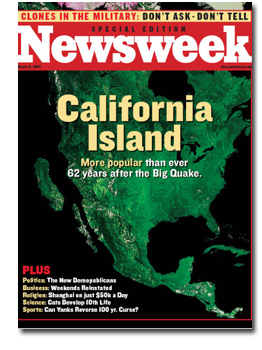 The Washington Post Company has put Newsweek magazine on the block. The newspaper publisher said today that it has retained Allen & Company to explore a potential sale.

“The losses at Newsweek in 2007 to 2009 are a matter of record. Despite heroic efforts on the part of Newsweek’s management and staff, we expect it to still lose money in 2010,” Washington Post Co. chairman Donald E. Graham says in a statement. “We are exploring all options to fix that problem.  Newsweek is a lively, important magazine and website, and in the current climate, it might be a better fit elsewhere.”

Advertising pages at Newsweek declined 20.4 percent through the first quarter of 2010, according to Publishers Information Bureau figures. Through 2009, pages were down 25.9 percent.

Check back to FOLIOmag.com for updates to the story.